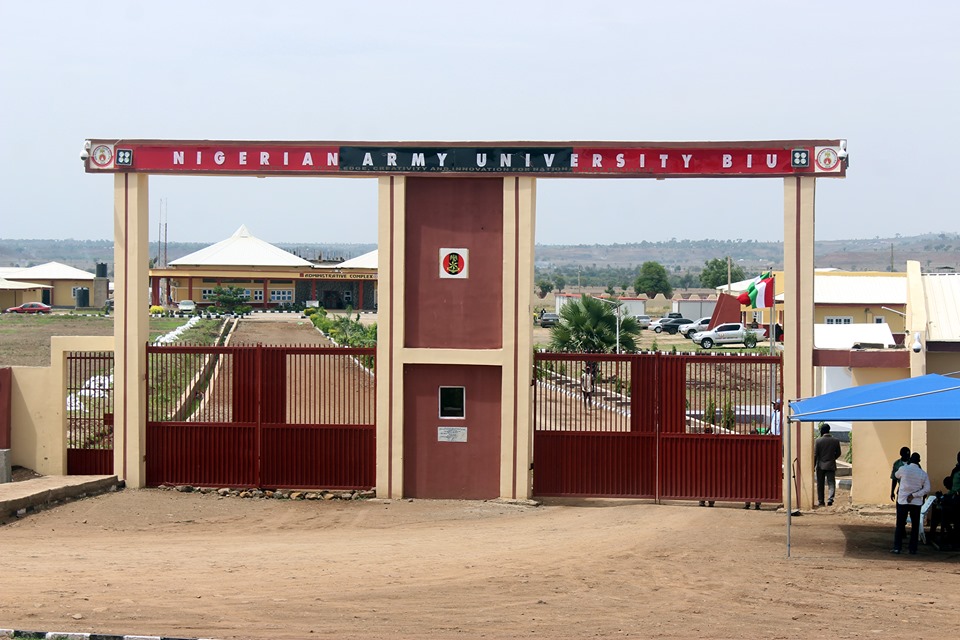 President of the Senate Ahmad Lawan says the Nigerian Army University Biu in Borno should focus on military affairs, instead of offering courses not related to military.

He said this during the lead debate for the second reading of a bill for an act to establish the Nigerian Army University Biu during Tuesday’s plenary.

The debate on the general principles of the bill was led by the sponsor, Mohammed Ndume, who is Chairman Senate Committee on Army.

The bill is entitled:  “A bill for an Act to establish the Nigerian Army University Biu to make comprehensive provisions for due management and administration and for related matters, 2020”.

According to Mr Lawan, he will prefer to have the Nigerian Army University completely focusing on anything and everything army.

“If we allow the Nigerian Army University to start admitting people to read may be sociology, like some of our universities are doing today, the purpose of setting it up will be lost.

“So I think, the entire defence related institutions to be under the supervision of Ministry of Defence so that even the curriculum will be properly defined.

“Sen. Sekibo pointed out that we already have some institutions established that train the military; the Nigerian Defence Academy, the Armed Forces Command and Staff College Jaji, there is nothing wrong to have a Nigerian Army University.

Earlier, while leading the debate, Mr Ndume said that the bill was read for the first time on Tuesday, Feb. 18.

He said that the take-off of the university was approved by the Federal Executive Council, FEC, in April, 2018.

Mr Ndume said that the university was established to encourage and promote scholarship and conduct research on restricted fields including entrepreneurship skills.

“It will also secure the diffusion of knowledge throughout Nigeria in general and the Nigerian Army in particular.

“It is also aimed at promoting research and other means of advancement of knowledge and its practical application to military hardware and software, social, cultural, economic, scientific and technological situations.”

Supporting the bill, George Sekibo (PDP-Rivers east) said that “I am in between an opinion; to support or not to support.

“But I will support it for this reason. First, between 2010 and 2015 Nigerian Bureau of Statistics, NBS, gave us its record, 10, 000,000 students applied for admission to JAMB to all Nigerian universities.

“In this number, only 2, 600, 000 applicants were admitted leaving a whooping number of seven million four hundred persons,’’ he said.

He said that the number resulted in an increase in the number of applicants who moved about on the streets.

“Any of them that were not taken, it is not necessary they were not qualified or they didn’t have their own requirement.

“Every day, this number is building up that is why if we bring any university, whatever name it is going to stand by it, standing by it means standing by the younger people who are seeking for admission and who are frustrated.

“Establishing a school to be called Nigerian Army School; I will have loved to expand the National Defence College which up to now has not got a site for lack of fund,” Sekibo said.

Also, Sen. James Manager (PDP Delta South) said that the university was already in existence since 2018 and all what the Senate was trying to do was to give it legal backing.

The bill was thereafter referred by the president of the Senate to the Committee on Army for further legislative action and to report back in four weeks.