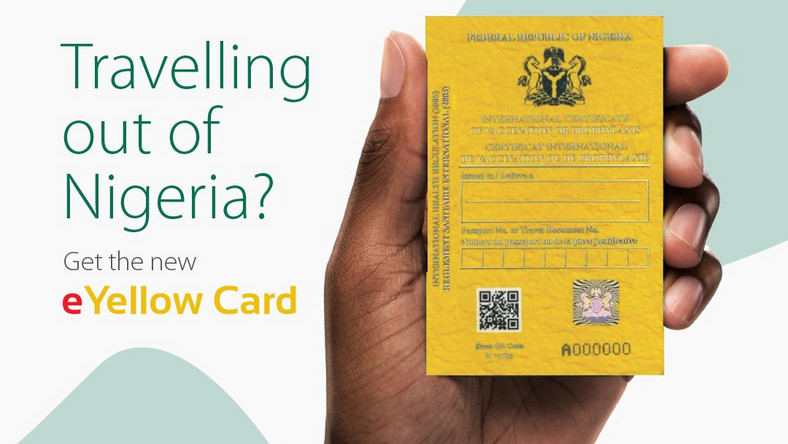 The Federal Government has announced its plan to phase out the old version of Yellow Card and replace it with new e-Yellow Card with effect from July 1.

The information is in a statement by Boade Akinola, the Director, Media and Public Relations, Federal Ministry of Health.

She stated that the Permanent Secretary of the ministry, Abdulaziz Mashi, disclosed this on Friday in Abuja.

Yellow Card is the proof of vaccination against yellow fever, which is a requirement for international travellers from risk countries like Nigeria and as evidence that the carrier is vaccinated against the disease.

Mr Mashi said that the new card would contain enhanced security features that could be verified anywhere in the world by scanning the bar code or checking the card number on the yellow card portal.

According to him, the introduction of the new e-Yellow Card is to address the issue of fake cards which hitherto constituted a source of national embarrassment.

He said that with effect from July 1, the new e-Yellow Card would be the only valid documented proof of vaccination against yellow fever.

He added that yellow fever was a viral haemorrhagic fever caused by a virus transmitted by the Aedes Aegypti mosquito, and may cause fatal illness but it was a vaccine-preventable disease.

He said that Nigeria and some other countries were endemic for yellow fever, as such, travellers to endemic countries were at risk of exposure to infection by the yellow fever virus; hence the mandatory vaccination against the disease.

The permanent secretary said World Health Organisation (WHO) recommended that all international travellers, aged nine months and above and are visiting Nigeria, must be vaccinated against yellow fever.

He added that additional measures were adopted at points of entry for the prevention and control of yellow fever, which involved the mandatory requirement of evidence of vaccination against Yellow fever on arrival into Nigeria.

He noted that some countries also require evidence of vaccination against yellow fever as a condition for entry.

Mashi said that from July 1, travellers arriving Nigeria without proof of yellow fever vaccination would be vaccinated at points of entry and issued the card, after payment.

He,  therefore, enjoined the public to cooperate with the ministry through Port Health Services Division, to prevent and control cross-border transmission of yellow fever by taking the vaccination and obtaining the e-Yellow Card.

He said Nigeria was part of the global coalition and movement to eliminate yellow fever epidemic by 2026.