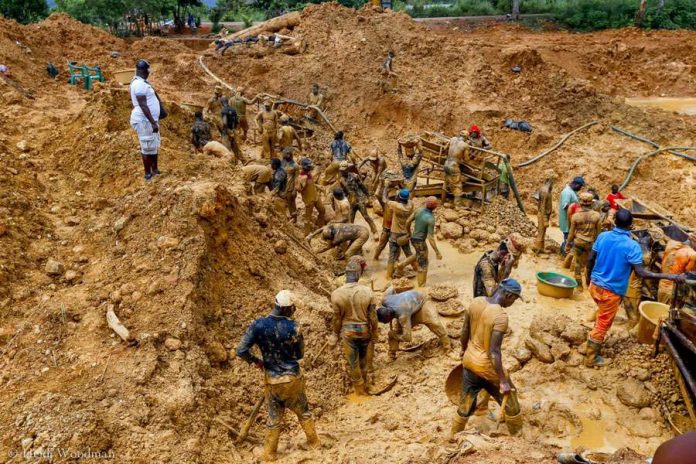 Olamilekan Adegbite, the Minister of Mines and Steel Development, MMSD, has called on foreign investors to invest in Nigerian mining to benefit 100 per cent ownership of their investments.

Mr Adegbite made the call while briefing the newsmen on the forthcoming 6th edition of the Nigeria Mining Week on Tuesday in Abuja.

He said that the Federal Government allowed both local and foreign mining investors to own 100 per cent ownership of mineral mined, as this was one of its incentives to woo investors to the industry.

According to him, Nigeria is still fresh in mining; we need to encourage mining investors to invest in Nigeria to enjoy maximum benefit of the country’s green field resources.

“Some foreign mining investors are not aware that Nigeria is a mining nation; we want them to come and invest in Nigerian mining as our incentives are good compared to other mining nations.

Some of the incentives for mining investors include, holder of a mineral title is guaranteed free transferability of funds through the CBN and three years tax holidays to serious investors among others.

He said that this year’s mining week would be a virtual event, adding that it would bring together mining investors, governors, some ministers and the event would be declared open by the Vice President, Prof. Yemi Osinbajo.

Dr Uchechukwu Ogah, the Minister of State, MMSD said that this year’s mining week would be purely an investment programme that would yield a lot of benefits for the nation.

Kabir Kankara, the President, Miners Association of Nigeria, MAN, said the event would be digital due to COVID-19 pandemic with the attendant palpable fear of the emergence of new variants.

Mr Kankara said that the event had contributed in raising global awareness to the huge potentiality of the nation’s mineral endowments with the view to attracting local and foreign investments to transform the endowments to national wealth.

He said the event had also provided platform for conversations toward policy formulation and reviews through stakeholders’ engagements and interactions.