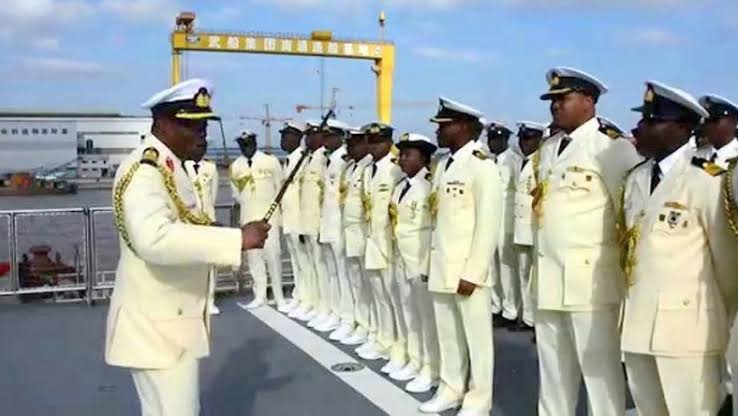 The Nigerian Navy’s Forward Operating Base, FOB, Ibaka, Mbo Local Government Area in Akwa Ibom has nabbed four suspected smugglers in connection with the smuggling of 220 bags of 50kg rice.

The Commanding Officer, FOB, Capt. Peter Yilme said this in Ibaka during the hand-over of the suspects and items to the Nigeria Customs Service, NCS.

He said that the navy was committed to making sure that perpetrators of the illegal trade were made to face the full wrath of the law.

Mr Yilme said that the suspects were caught with wooden boat carrying the smuggled rice, adding that Navy seized the items during a routine patrol around the Effiat waterways.

He said since the smugglers had failed to relent from their ways, the Navy would give them no breathing space until the illegal trade was completely eradicated.

Mr Yilme, represented by the Base Operations Officer, Lt. Commander Kabiru Yusuf, said their action was in line with the directives of the Chief of Naval Staff and in compliance with the reference of the FOB.

“On behalf of the Commanding Officer, I am handing over 220 bags of suspected smuggled rice to the Nigeria Customs Service,” he said.

While receiving the 4 suspects and rice, Alabi Adedokun, Deputy Superintendent of Nigeria Customs Service, commended the navy for the cooperation existing between them.

Speaking on behalf of the suspects, Godwin Nseyoh, 29 years old from Mbo Local Government Area, confessed that he did not know that smuggling rice was wrong.

“I am a fisherman in Effiat community. I didn’t know that bringing in rice from Cameroon is wrong,” he said.