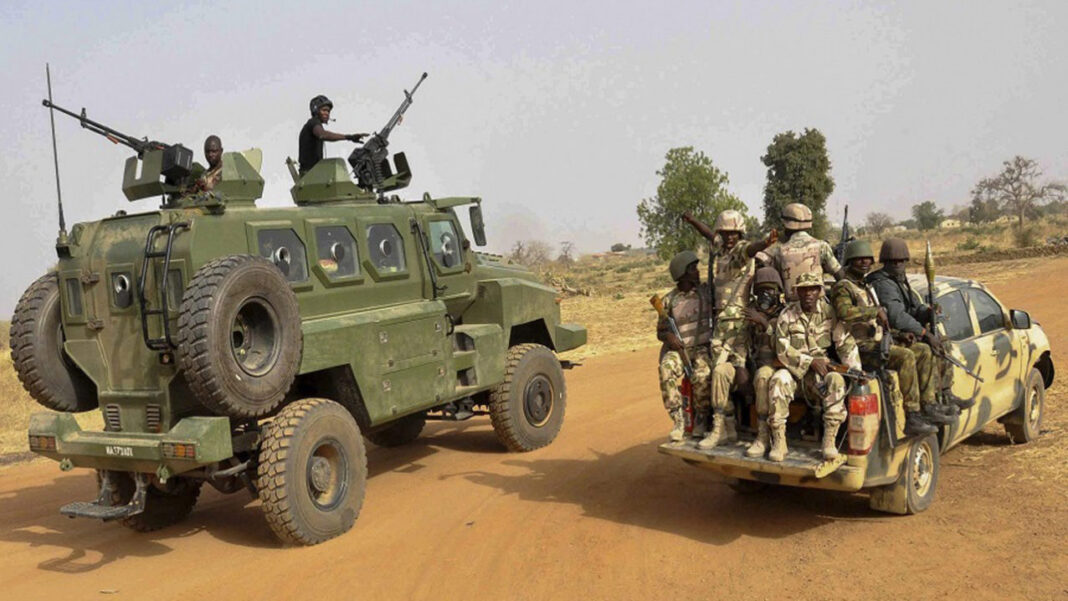 Gunmen suspected to be kidnappers engaged solders in a shootout in two different locations in Ayebode and Ilasa communities in Ikole Local Government Area of Ekiti State on Thursday.

Police spokesman, Sunday Abutu, who confirmed the incident to newsmen in Ado-Ekiti on Friday, said the gunmen abducted three persons during the confrontation.

Mr Abutu stated that the combined forces of the military and the police rescued six other captives from the gunmen.

“The information we heard was that four persons were abducted.

“We have begun investigation and we will try and ensure that the abductees are brought back safe and sound,’’ he said.

Though the solders foiled kidnap attempts in the two communities, three commuters were later picked up by the gunmen as they escaped into the bush.

NAN also gathered that those kidnapped were held at Ayedun-Ekiti, a town near Ayebode-Ekiti where soldiers had earlier botched a kidnap attempt.

The Thursday incident, which eyewitnesses said occurred around 10 a.m., led to desertion of the Ayedun-Ilasa-Ayebode Highway for several hours.

An eyewitness, also a victim, told newsmen in Ado Ekiti that the soldiers engaged the gunmen at two different locations – Ayebode and Ilasa and pursued them into the bush to ensure that their operations didn’t succeed.

According to the source, three passengers traveling from Ayedun-Ekiti to Ilasa-Ekiti were not that lucky as the gunmen picked them up after escaping from soldiers.

The source added that those who became victims were traveling along Ayebode-Ilasa Road, when the gunmen started to shoot.

“Those who escaped the scene quickly called the nearby Army post and the troops responded swiftly.

“Two of the occupants of a vehicle that forcefully escaped the scene were hit by bullets and sustained fractures in their legs, while their car was riddled with bullets.

“The soldiers succeeded in pursuing the kidnappers into the bush, but I don’t think they were able to apprehend any of them,’’ the source said.

READ ALSO:   At Ekiti rally, PDP chairman Secondus says "If you vote for APC, herdsmen will come and kill you"

The shootout between the soldiers and gunmen was said to have forced motorists to quickly take detours to prevent being hit by bullets.

“It was sporadic shootings for some minutes as the soldiers engaged the kidnappers.

“The soldiers acted gallantly, but the kidnappers escaped into the bush through a secondary school in Ilasa.

“I think another gang surfaced on Ayedun-Ilasa Road and kidnapped three persons as they escaped into the bush,’’ the eyewitness said.