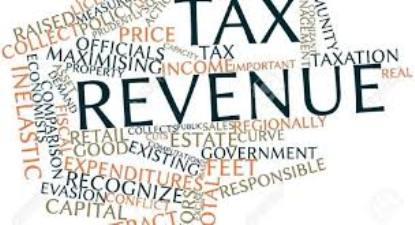 The Federal Government has said that out of about 70 million active Nigerians who are generating taxable incomes, only about 41 million are on the tax pool, adding that the remaining 30million people are not paying their taxes.

The Director-General of Budget Office, Dr Ben Akabueze, disclosed this while speaking at an interactive forum with the media and civil society organizations in Abuja on Friday as reported by Tribune.

“But the total number of Nigerians in the tax pool by the Joint Tax Board record is about 41 million. So, there are about 30 million Nigerians out there not paying fair share.

“And because of the gross informality of our economy, it’s difficult…and in the absence of a unique identifier for Nigerians, now there’s need to try to address that.

“But you see, it’s difficult. And there are lots of people, anonymous people making tons of money in this economy, paying no taxes.

“So, how do we bring these people to pay their fair share? We have properties all over the place. Some of the people who own these properties pay no tax. And yet, this country really doesn’t have a national property tax regime.

“Even in a few states that have property tax, enforcement and implementation is a problem.

“It goes back to this thing that we all don’t want to have this inconvenient discussion because even policymakers are part of the property owners. People don’t want to address that. Someone must push whatever.”

The DG said in some economies far larger than Nigeria, up to 65 per cent of their budgets are funded by property tax, saying: “So, we can’t run away from the fact that we all need to be paying.”

Mr Akabueze noted that the Federal Government cannot cut down recurrent expenditure in line with calls from certain quarters, saying that taking such acting will not amount to a significant reduction in the budget deficit.

According to him, what is more viable is to fix revenues to make more money available to the government.