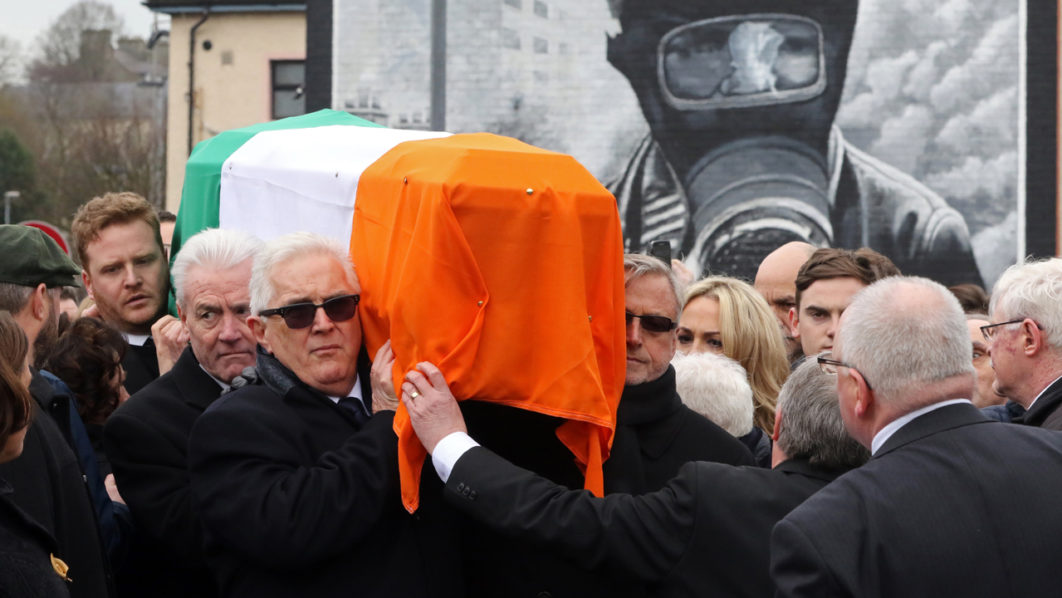 Nine people were killed as fresh unrest hit Iran overnight, state television said Tuesday, with protesters trying to storm a police station despite attempts to crack down on the biggest demonstrations in years.

The attack on the police station in the town of Qahderijan, in the central province of Isfahan, led to violence that claimed the lives of six protesters, the state broadcaster reported.

A young member of the Revolutionary Guards and a passer-by were also reported dead in towns near the cultural hub of Isfahan city, while TV had earlier confirmed the death of a policeman in nearby Najafabad, shot dead with a hunting rifle.

That brings the estimated death toll to 21 in five days of unrest that represent the biggest challenge to the Islamic regime since mass demonstrations in 2009.

Protests remain focused on provincial towns and cities, with only small and sporadic protests reported in Tehran on Monday evening where a heavy police presence was reported.

The latest violence came despite President Hassan Rouhani’s vow that the nation would deal with “rioters and lawbreakers”.

Ali Shamkhani, secretary of Iran’s Supreme National Security Council, described the unrest — the biggest challenge to the regime since mass protests in 2009 — as a “proxy war against the Iranian people”.

“Hashtags and messages about the situation in Iran come from the United States, Britain and Saudi Arabia,” he told local media.

‘Seditionist elements’
Iran’s intelligence ministry released a statement saying “instigators” have been identified “and will be dealt with seriously soon”.

The Revolutionary Guards have yet to fully intervene against the protesters, but published photos on Monday of three wanted people and called on the public to report any “seditionist elements”.

Rouhani has tried to play down the unrest, which began over economic grievances in second city Mashhad last Thursday but quickly turned against the Islamic regime as a whole with chants of “Death to the dictator”.

“This is nothing,” Rouhani said in a statement on the presidency website.

“Our nation will deal with this minority who chant slogans against the law and people’s wishes, and insult the sanctities and values of the revolution.”

Pro-regime rallies were held across several towns and cities — reflecting continued support among a large conservative section of society.

‘People have had enough’
Rouhani came to power in 2013 promising to mend the economy and ease social tensions, but high living costs and a 12 percent unemployment rate have left many feeling that progress is too slow.

The young are most affected, with as many as 40 percent out of work according to analysts, and rural areas particularly hard-hit.

“People have had enough, especially the young people. They have nothing to be happy about,” said Sarita Mohammadi, a 35-year-old teacher in Tehran.

“The situation is far worse in provinces. Agriculture has been destroyed. I know many who have left the north of the country to come to Tehran to work,” she added.

Rouhani acknowledged there was “no problem bigger than unemployment” in a speech on Sunday, and also vowed a more balanced media and more transparency.

US President Donald Trump, who has repeatedly criticised Tehran over four days of demonstrations, said it was “time for a change” and that Iran’s people were “hungry” for freedom.

The European Union on Monday pushed Iran to guarantee the right to protest and separately British Foreign Secretary Boris Johnson said “the UK is watching events in Iran closely”.

“We believe that there should be a meaningful debate about the legitimate and important issues the protesters are raising and we look to the Iranian authorities to permit this,” Johnson said in a statement.

In 2009, authorities ruthlessly put down protests against the re-election of hardliner Mahmoud Ahmadinejad. At least 36 people were killed in 2009, according to an official toll, while the opposition says 72 died.