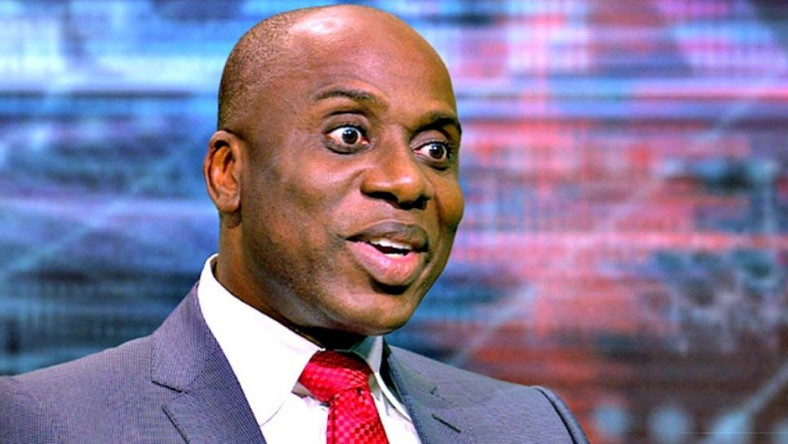 Rotimi Amaechi, Minister of Transportation has said that the Nigerian Institute of Transport Technology, NITT, Zaria, has all it takes to design “Made-in-Nigeria” vehicles.

Mr Amaechi stated this in a statement issued by the Director, Public Affairs, NITT, Mr Paul Mshelizah made available to the News Agency of Nigeria, NAN, on Sunday in Zaria.

Mr Mshelizah said the minister stated this during a familiarisation and facility tour of the institute in Zaria, Kaduna state during the repositioning retreat by the institute.

“From design, to engine to body, then funding will not be an issue, we can create patency for NITT.”

The minister expressed satisfaction with the facilities but called on its management to ensure proper use and adequate maintenance of the equipment.

Mr Amaechi also advised the NTT to seek accreditation from National Universities Commission, NUC, to run certain diploma programmes toward metamorphosing into a full-fledged university of transport and logistics.

The minister pledged the ministry’s support to help in the creation of more faculties in the institute.

He, however, called for a holistic perusal of the institute’s enabling law to know the scope of its mandate.

At the Biodiesel Laboratory, Mr Amaechi also urged to the institute to expand the project aimed at producing Made-in-Nigeria vehicles, by establishing a feedstock farm for renewable energy.

He suggested to NITT to factor into the 2021 budget the acquisition of about “200 hectres of land” to start the project.

The minister said further suggested that in subsequent budgets, personnel and other logistics for effective operation of the feedstock farm might be captured.

This, according to the Minister, can attract private investors to cue into the project.

Interacting with NITT N-Power automobile participants, the Minister admonished them to be disciplined in everything they do.

He assured them of the Federal government’s commitment toward the success of the N-Power scheme, stressing that “President Buhari’s administration is interested in lifting people out of poverty.”

“As potential entrepreneurs, you can create jobs through training a number of people in your workshop.

“I therefore enjoin you to utilise the skills acquired through the scheme, optimally, for personal gain as well as for the country at large.”

Mr Owoseni-Salihu noted that the scheme had not only empowered the beneficiaries but also changed their mindsets toward self-sufficiency.

He appealed to the Federal government to “kindly“ provide N-Power graduates with “contemporary machines to enable them go into the field to practice the skills acquired.”

Mr Amaechi, who entertained questions from Journalists at the end of the facility tour, said: “I am satisfied with the facilities, all they need is just governance.

“In terms of equipment, they are doing well, but as professionals, they must put the equipment to use.

“But you need to show that you are not only able to transfer knowledge, but also to supervise the trainees so that we can create employment.”

The Acting Director-General, NITT, Dr Bayero Salih-Farah, explained that the institute was accredited by the National Board for Technical Education, NBTE, to run Diploma and Advanced Diploma programmes.

He also said that NITT had entered into affiliation with Ahmadu Bello University, ABU, Zaria to run Postgraduate and Master’s degree programmes.

The acting director-general thanked the Minister for not only attending the event, personally, but also finding time to visit the institute’s headquarters in Zaria
NAN