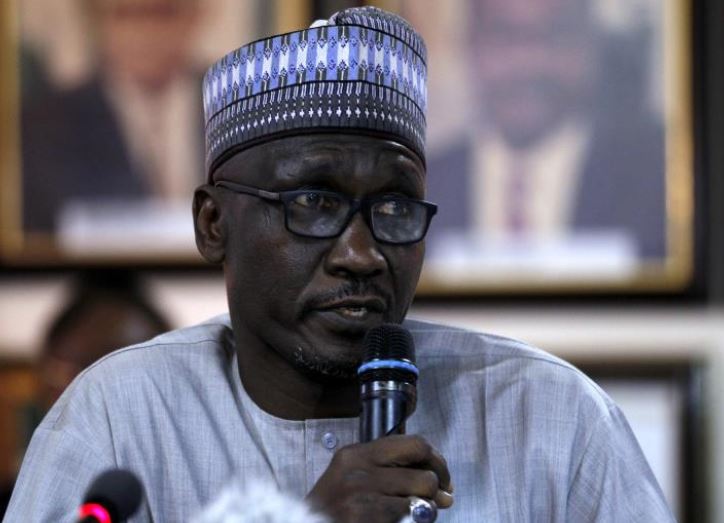 The Nigerian National Petroleum Corporation, NNPC, started its week with an engagement with critical stakeholders in a bid to find lasting solutions to the road network challenges and other lingering issues.

Group Managing Director of the NNPC, Mele Kyari while engaging the stakeholders said the move was a follow-up to the corporation’s efforts in sustaining the current smooth supply and distribution of petroleum products nationwide, especially during the festive period and beyond.

The union accepted the dialogue option proposed by the Corporation, a development that has sustained smooth supply and distribution of petroleum products nationwide.

The meeting was attended by stakeholders including the NNPC, the Petroleum Tanker Drivers, PTD, the National Association of Road Transport Owners, NARTO, Department of Petroleum Resources, DPR, and Federal Ministry of Works.

During the meeting, the NNPC CEO said that stakeholders have agreed on a framework that would enable NNPC’s intervention in critical road rehabilitation through the Federal Government Tax Credit Scheme.

“We are committed to utilising the Federal Government’s Tax Credit Scheme to rebuild some of the affected roads in line with Mr President’s Executive Order 7.

“Upon our fruitful deliberations today, the NNPC has pledged to support the PTD and NARTO in carrying out quick intervention fixes on some strategic bad spots identified to enable unhindered movement of trucks for transportation of petroleum products nationwide,” Mr Kyari stated.

Stakeholders agreed to enforce mandatory installation of safety valves in all petroleum product trucks in the country effective Feb. 1, 2022.

The meeting also frowned at the abuse of axle load or tonnage limits, with the NNPC agreeing to engage the Nigerian Customs Service for enforcement of preventing the importation of tanks that exceed 45,000 litres capacity.

READ ALSO:   Ebonyi group tackles Umahi for praying to have another Buhari in 2023

Also in the week, the Independent Petroleum Producers’ Group, IPPG, an association of indigenous exploration and production, E&P, companies in Nigeria paid a courtesy visit on the Minister of state for Petroleum Resources, Timipre Sylva.

Chairman of the IPPG, Abdulrasaq Isah, who led his members on the visit expressed satisfaction with the three per cent host communities’ development fund as enshrined in the Petroleum Industry Act, PIA.

Mr Isah said there was need for collaboration with the steering committee on the implementation of the PIA 2021.

He said that with some of the progressive strategies already put in place by its members, the PIA would be further strengthened to enhance indigenous participation in the Nigerian oil and gas industry, adding that IPPG currently contributes 250,000 barrels per day to the nation’s oil production.

The chairman noted that there was need for collaboration with all stakeholders to achieve the objectives of the Petroleum Industry Act while tasking the Federal government to leverage on the abundant gas resources for further development of the economy.

Responding, Mr Sylva expressed delight at the group’s desire for collaboration and suggested ways to improve the oil sector.

He assured the group of their participation in the PIA implementation, adding that IPPG was one of the groups that should work with the government to unlock the hidden potentials of the petroleum industry.

Mr Sylva noted that the issue of security had become a major challenge that should be addressed, and called on all stakeholders to work together to improve the security situation in the interest of the industry.

Still in the week under review, the Pipelines and Products Marketing Company Ltd., PPMC, a downstream subsidiary of the NNPC conveyed a stakeholder’s forum to address issues in the downstream sector of the petroleum industry.

The forum was in line with the efforts of the NNPC to sustain the seamless supply and distribution of petroleum products nationwide, especially as the end of year festivities are approaching.

In his opening remarks, Mr Kyari said the sustenance of stable distribution of petroleum products over the years was achieved because of the shared commitment of every stakeholder, including the Unions, NARTO, PTD, TUC, NUPENG/PENGASSAN.

Mr Kyari, who was represented by the Group Executive Director, Gas and Power, Mohammed Ahmed, informed that the forum would further consolidate recent achievements in the downstream sector and strengthen the existing cordial relationship between NNPC and its Marketers.

“I am assuring you that we will leverage this forum towards improving our service delivery to all partners and sustained energy security for our country,” Mr Kyari stated.

Also, the Managing Director of PPMC, Abdullahi Isiyaku, said the essence of the forum was to establish a flexible communication channel with stakeholders, and to acquaint them with the new business strategy of the company in line with present realities with a view to deepening the existing cordial relationship.

Some of the stakeholders who spoke on the sidelines at the event expressed satisfaction with the initiative while commending Mr Kyari for charting a new course for the industry.

The NNPC within the week kick-started the process of selecting financial and technical partners for the integrated development of its Oil Prospecting Licenses, OPLs, 809 and 810 assets in its bid to boost crude oil production to meet the 4million barrels per day target.

Speaking at a virtual event held to publicly open bids by companies interested in partnering with NNPC for the development of the assets, the Group Executive Director, Upstream, Adokiye Tombomieye, said the exercise was part of Management’s efforts to “bring discovered huge oil deposits to the market in different value chains” in line with the Corporation’s strategic growth initiative.

Mr Tombomieye appreciated all the companies that submitted bids and other stakeholders for their show of understanding and interest in partnering with the Corporation in its quest to entrench transparency in its business processes as it strives to remain a world class company that is commercially driven.

Group General Manager, Supply Chain Management Division, Sophia Mbakwe, restated the Corporation’s commitment to the Transparency, Accountability and Performance Excellence, TAPE, agenda of the Kyari-led management, stressing that the principles of equity and fairness would be thoroughly observed in the selection process.

She said a proper evaluation of the bids would be carried out before proceeding to the technical and commercial stages of the process, adding that the list of successful companies would soon be made available on the NNPC website.

On hand to observe and ascertain the transparency of the procurement process were the representatives of the various agencies including the Bureau of Public Procurement, BPE, and the Nigeria Extractive Industries and Transparency Initiative, NEITI.

Speaking at the launch of the programme Code named ‘’NETCO Goes to School” in Lagos, Managing Director of the Company, Johnson Awoyomi, disclosed that the programme was designed to encourage the study of Science, Technology, Engineering and Mathematics, STEM, among secondary school students.

The Managing Director, who was represented by the Executive director, Services, Kigo Ahmad, said that two schools within the Iru community, Kuramo Senior College and Victoria Island Senior Secondary School were chosen as the pilot scheme of the initiative.

He said scholarships would be awarded to the best science students from the two schools while another set would be granted internship programme during long vacation.

Chief Bashir Afolami, Secretary to the Oniru Council of Chiefs and Iru land representative, lauded the cordial relationship between NETCO and the Community over the years and urged the students and youths from the community to take advantage of the programme to develop themselves to secure their future.

On his part, the Principal of Kuramo College, Adebayo Dawodu, commended NETCO for the initiative, emphasizing that Nigeria was in dire need of support in area of science and technology for national development.

Vice Principal, Victoria Island Senior Secondary School, Adedayo Osinilu, said the initiative was good for the advancement and promotion of engineering and sciences in the country as it would encourage and stimulate the interest of young ones in science and engineering, especially the female gender.