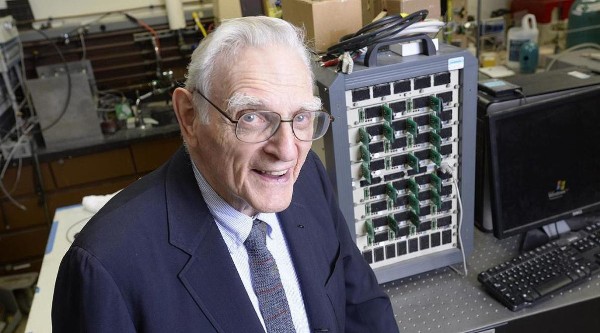 A 97-years-old Professor from the United States, John Goodenough,  has won the 2019 Nobel Prize in Chemistry with two other scholars, making him  the oldest-ever Nobel laureate.

According to UK Independent, the trio of scientists won the prize for their work on developing rechargeable lithium-ion batteries which are used in everything from smartphones to pacemakers.

The announcement was made at the Royal Swedish Academy of Sciences with the winners awarded a share of the nine million Swedish Kroner (£740,000) prize money.

NAN reports that Arthur Ashkin was the previous ‘oldest winner’ in record, having won the Nobel Prize in physics in 2018 at age 96.

According to the Nobel Foundation, Mr Goodenough, born in 1922 in Jena, Germany, earned a PhD from the University of Chicago in 1952.

It was at Oxford that Mr Goodenough made the groundbreaking discovery that helped him win the Nobel.