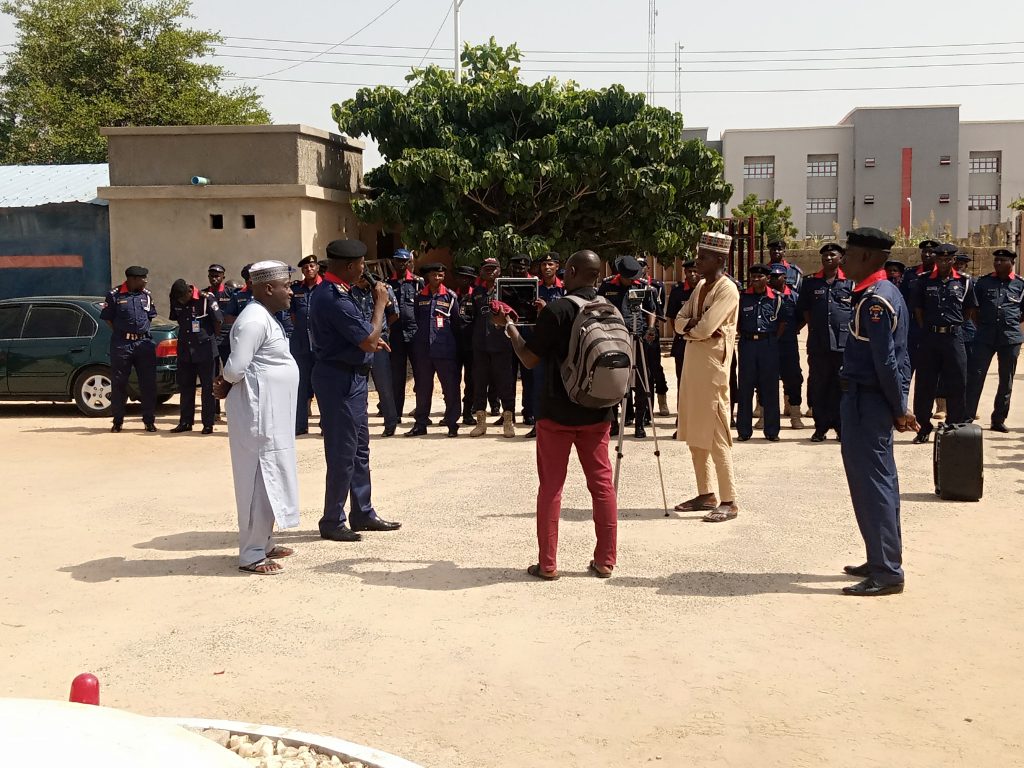 The Nigeria Security and Civil Defence Corps, NSCDC, has begun psychological assessments and evaluation of its personnel in Katsina State Command, to ascertain their mental state and competence to carry out their assigned responsibilities.

The NSCDC commandant in Katsina, Mohammed Sanusi, while addressing staff during the exercise, on Tuesday, described the exercise as a good step.

Represented by DCC Kizito Emaikwu, Head of administration of the command, Mr Sanusi said the exercise was to rejig, revamp, resuscitate, restructure and reposition the corps to its lost glory.

According to him, it is also part of the ongoing reforms being implemented by the Commandant General of the Corps, Dr. Ahmed Abubakar-Audi.

“The psychological assessment test is to ensure that all our personnel are competent and sound, to carry out their constitutional responsibilities of protecting the lives and properties of Nigerians.

“And also to ensure that all critical National Assets and Infrastructures are secured from destruction or sabotage by criminals from within or outside the nation.

“The assessment is equally aimed at ensuring that security operatives are not a danger to themselves or the general public.

“Especially on the crucial issue of accidental discharge, leading to loss of lives of Nigerians in the hands of security personnel,” he said.

Mr Sanusi further enjoined all officers and men of the Corps to cooperate with the forensic team and ensure orderliness during the exercise.

The exercise was conducted at the command of the NSCDC in the state under the supervision of ASC ll, Mohammed Sani, from the Forensic and Behavioral units of the NSCDC headquarters, Abuja.

Sani, who is also the Coordinator of the exercise for states in the North, said the assessment was aimed at improving their capability and effectiveness as security operatives, for a robust and efficient service delivery to the public.

According to him, the personnel, who have the responsibility of protecting the lives of the public, have to be mentally sound because they handled weapons.

“We are going to lecture them and issue them with questionnaires, based on their responses, we are taking it back to the headquarters for forensic screening.

“After the forensic screening, a certificate of fitness will be issued to them,” he said.