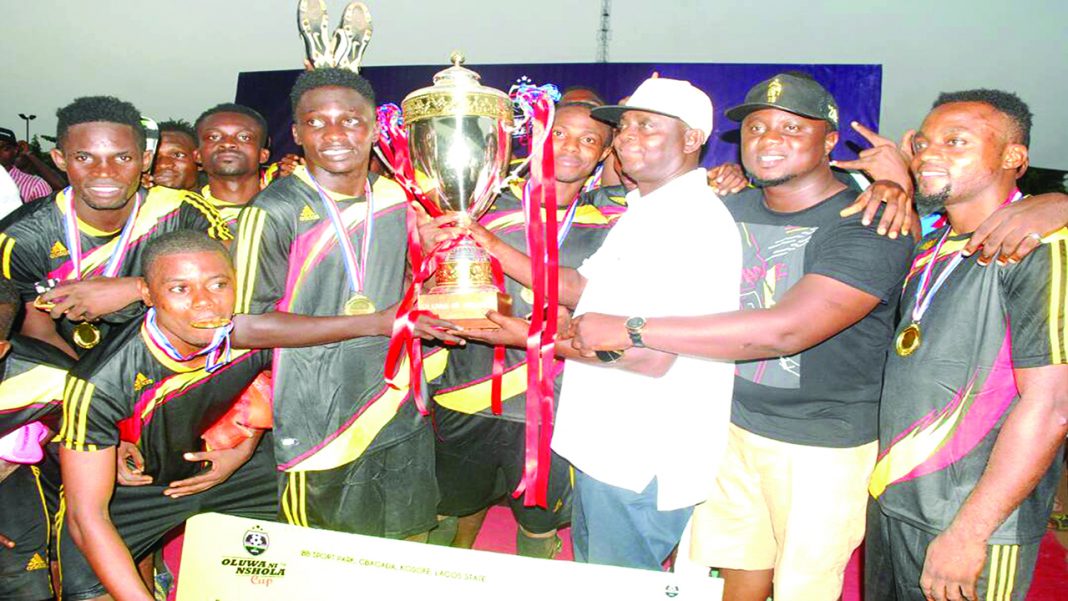 The final match at the IBB Stadium, Lagos ended in a draw, but champions won the ensuing penalty shoot out to take the title.

Golden Stars’ Emmanuel Ekpeyong opened the scoring in the first half, but Oluwaninshola’s Ihende Emmanuel equalized with a late minute penalty to ensure the regulation time ended 1-1.

Oladunjoye, who is also the Oluwaninshola FC owner, said the grassroots competition was aimed at engaging the youths of Kosofe Local Government Council and building their careers in sports.

“We noticed that for the past 10 years, youths were always restless because they didn’t have any activity to express themselves. So I decided to use football as a vehicle to develop them since most of the players require platforms to leverage on,” he said.