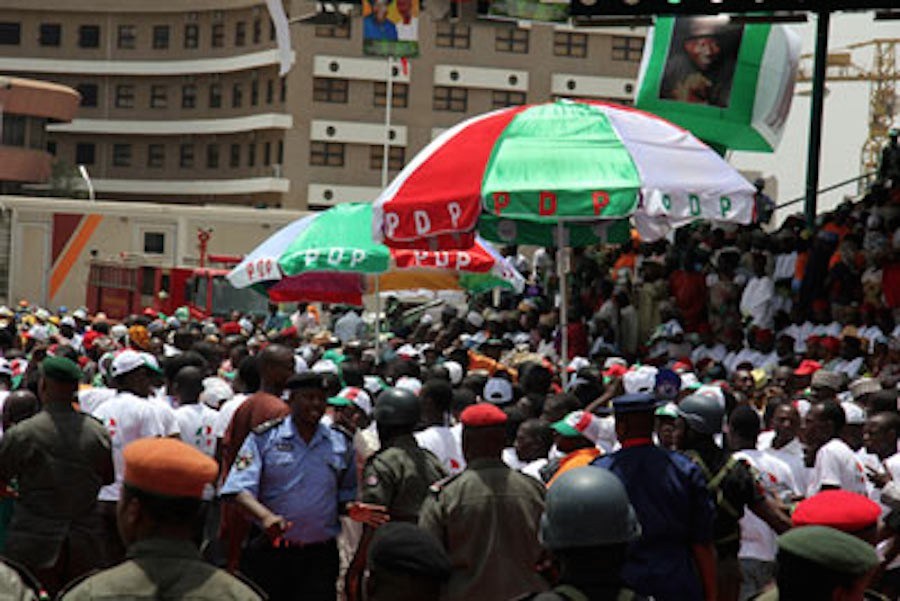 The National Reconciliation Committee of the People’s Democratic Party, PDP, led by Governor Seriake Dickson of Bayelsa on Tuesday visited some aggrieved members as part of efforts to forge a post-convention reconciliation within the party.

According to Mr Dickson, all his hosts were positive on the need to have a united and strong party.

Mr Adeniran, who lost to Uche Secondus, for the top party job, told Dickson to reach out to all candidates and as many members of the party in the bid to reconcile.

He said it was important to also reach out to as many members of the PDP who did not contest for any position but fought gallantly to ensure the preservation of the party.

“We should try to interact with various players; I will suggest that we should not leave any stone unturned to reach out as much as possible.

“There are those of us, who carried the flag, but there are some others who are key players in this party, who may not even contest for positions but they are no less concerned about this party.

“When you look back, you can see some of those key members of the concerned stakeholders who fought gallantly to ensure that indeed this party survived.

Mr Adeniran said that Dickson assumed the position of the chief conciliator of the party not just because he “is a governor but because of his commitment to the party, his integrity and sense of fairness and justice.”

He added that no genuine member of the PDP would doubt the eligibility of Dickson for his role as the head of the party’s team on reconciliation.

“You said something earlier on that may be, what prompted you to lead this team is because you are a governor.

“I believe far much more than that; there are certain qualities that majority of us have come to appreciate in you,which you should keep up,” he said.

Former Minister of Information and Orientation, Jerry Gana, said he would never leave the PDP for whatever reason.

Former Deputy Senate President, Ibrahim Mantu advised the PDP to focus on the 2019 elections, and strive hard to restore the party’s lost glory.