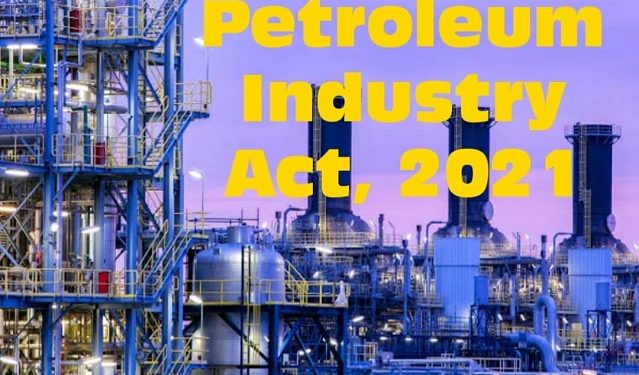 Dr Aniefiok Esetang, an expert in the Oil and Gas Industry, has said that the three per cent provided for the oil bearing communities under the Petroleum Industry Act, PIA, would translate to about $500 million dollars annually.
Mr Esetang, who is a former Akwa Ibom Director, National Orientation Agency, NOA, made the disclosure at a one-day Stakeholder interactive session for oil producing communities in Uyo, on Wednesday.
The event was organised by NOA, in collaboration with Civil Society On Legislative Advocacy Centre, CISLAC, and Oxford Committee for Famine Relief, OXFAM.
Mr Esetang, who spoke on the topic: “The benefits of the Petroleum Industry Act 2021 to oil host Communities and the economy”, said that any oil company that failed to comply with the PIA would have its license revoked.
According to him, the petroleum law will still allow the Host Communities Development Trust (HCF) to be set up, to receive donations, gifts, grants or honoraria from donors, in addition to the three per cent monetary provision.
“The allocation of three per  cent annually by oil operators to affected host communities is estimated to be $500 million dollars every year.
“With the petroleum law, the era of fake and sub-standard products in oil sector will soon be over as Nigeria’s petroleum products will be accepted internationally.
“This will translate to more job opportunities for Nigerians as the law makes provision for speedy granting of licenses to investors, to establish more local refineries,” Mr Esetang said.
In his remarks, the Director General of NOA, Dr Garba Abari, represented by Young Tamuno, Rivers Director NOA, described the PIA as a game changer, adding that it would transform the dynamics of oil business in the country.
“The new PIA is a game changer that will transform the dynamics of oil business in Nigeria from exploration, production, marketing, host community relations and revenue earning.
“Let me be clear that no law is so perfect that it cannot be improved upon. In fact, in just one month of operation, President Muhammadu Buhari has proposed a set of amendments to make the law more effective in tackling the issues it is meant to solve,” he said.
The Paramount Ruler of Ibeno Local Government Area, HRM Owong  Effiong Archianga, commended President Muhammadu Buhari for doing what his predecessors could not do.
He, however, suggested that the three per cent be paid into the account of the Traditional Rulers Council where the host communities are domiciled.
The Executive Director of Civil Society Legislative Advocacy, CISLAC, Auwal Musa said although there were mixed reactions trailing the three per cent for host communities, the percentage would be improved upon as there were no perfect laws.
Musa said that irrespective of the percentage to the host communities, transparency and accountability in the application of the funds to serve the best interest and welfare of the people was more important.
NAN
READ ALSO:   WASSCE: We won’t condone late registration, WAEC warns schools