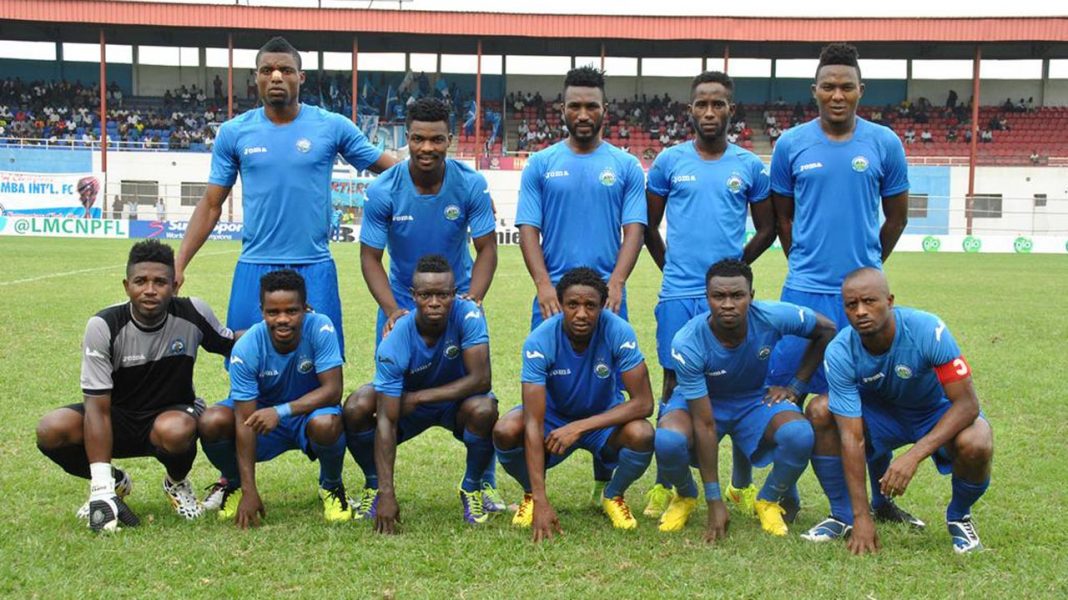 The opening day of the 2017 Nigeria Professional Football League (NPFL) Pre-Season Invitational in Kano recorded drawn matches in the two fixtures that held. The third fixture between hosts, Kano Pillars and the CHAN Eagles was shifted to hold today.

In the opening game, League champions, Plateau United of Jos forced 10 – man Enyimba International FC of Aba to 1-1 draw and it was same scoreline between League runners up, MFM FC and AITEO Cup holders, Akwa United in the game played under flood lights at the Sani Abacha Stadium.

The game between Enyimba and Plateau began on a very cautious note but a rush of hot blood from Uche John, led to the Enyimba player being sent off in the 17th minute for a second bookable offence. He had collected his first yellow card 10 minutes earlier.

Despite the red card, Enyimba showed more zeal as they dominated ball possession and controlled the midfield.

The two time African Champions were looking very dangerous to hurt Plateau United and almost got the lead when the centre referee awarded a penalty to the Aba based side when Salomon Junior ferociously tackled Chinedu Udeagha inside the box.

The resultant penalty kick was clumsily taken by Chinonso Okonkwo and Okeimute Odah in goal for Plateau United dived to the left to parry the ball to corner kick.

However, Enyimba drew the first blood off a counter attack that turned defence to offense. Newly signed Olayinka Onaolapo took the ball from the right flank and found Udeagha, who opened scores in the 33rd minute.

Enyimba created more goal scoring opportunities thereafter but Stanley Dimgba and Ernest Governor failed to convert the chances that fell to them. The first half ended 1-0.

Abdulraham Bashir, who replaced Chinonso Okonkwo on the 64th minute would waste another glaring opportunity for a second goal on the 72nd minute after a pull out from Wasiu Alalade found him at the edge of the box.

They lived to rue the missed chances as Plateau United then seized the initiative and were rewarded with a penalty late in the game when Freedom Omofoma handled the ball in the box. Tosin Omoyele, who joined Plateau United from Osun United, converted from the spot.