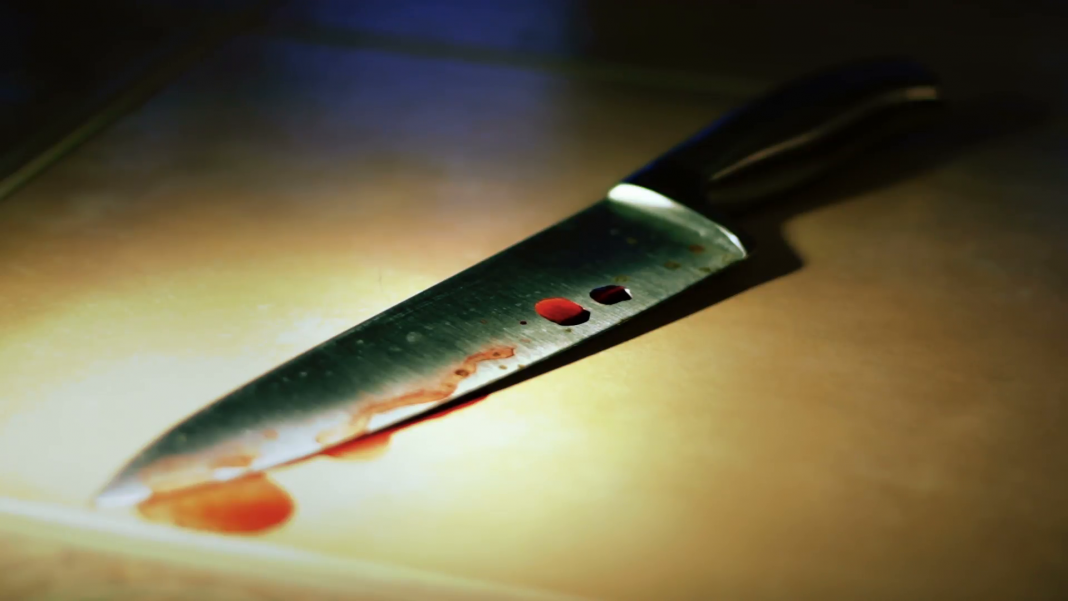 The suspect and the deceased, a fresh graduate of the institution awaiting call-up for the NYSC mobilization, were said to be living together as a ‘couple’ at Phonix Area, Stadium Road, Ogbomosho until the unfortunate incident.

According to the police, the incident followed a quarrel arising from petty jealousy resulted in the victim being stabbed in the chest by the suspect.

The Commissioner of Police, Abiodun Odude made the disclosure at the Command Headquarters, Eleyele, Ibadan during the parade of suspects arrested by men of the command for various offences in different parts of the state.

According to the CP, the effort to save Adegun later proved abortive as he dies before he could be attended to at the Bowen University Teaching Hospital, Ogbomosho, adding that the kitchen knife used in committing the murderous act has been recovered while the suspects have been arraigned in court.

Odude said, “A 23-year-old final year female undergraduate, Abiodun Olabisi of the Department of Biochemistry, Ladoke Akintola University, Ogbomosho has been arrested by police detectives attached to Owode-Ogbomosho Division over the murder of a fresh graduate of the same school.

“Investigation revealed that both the suspect and the deceased, Adegun Lekan, who had just completed his studies and was awaiting NYSC mobilization were cohabiting in the usual students’ tradition of trial marriage at Phonix Area, Stadium Road, Ogbomosho.

“The victim, a graduate of Transport Management, who was stabbed in the chest was later rushed to the Bowen University Teaching Hospital, Ogbomosho but died before he could be attended to. The kitchen knife used in committing the murderous act has been recovered.”

Some of the other suspects paraded by the CP include, a five-man robbery gang who specializes in attacking motorcycles warehouses, a bricklayer who robes student of Ladoke Akintola University (LAUTECH) students hostels, an undergraduate social media fraudster who was nabbed for rape and a two-man armed robbery gang who disguises as passengers to rob drivers.

Others are five-man notorious burglars who operate in Oke-Owdode area of Ogbomosho, a driver who abscond with his master’s car in Ibadan and arrested in Akwa-Ibom, an internet fraudster placing fake online adverts to defraud people, a fraudster who specializes in obtaining money by false pretence, among others.

Speaking on the effort of the Command to ensure a safe yuletide season and a crisis-free election period, Odude said “Ahead of the yuletide, and the forthcoming general elections scheduled for 2019, the Oyo State Police Command has begun an unprecedented onslaught on criminal elements in the state, depleting their ranks through intelligence-based raid of identified criminal hideouts and intensive vehicle patrol of entry and exit point in the state.

“The clampdown on criminal elements will be sustained beyond the yuletide and the general election periods. This is to ensure the sustainability of the relative peace currently being enjoyed as well as to create an atmosphere conducive for the electorate, candidates, INEC staff and other participants involved in the electoral process. The recent clampdown has witnessed yet another success recorded in the last few weeks.”