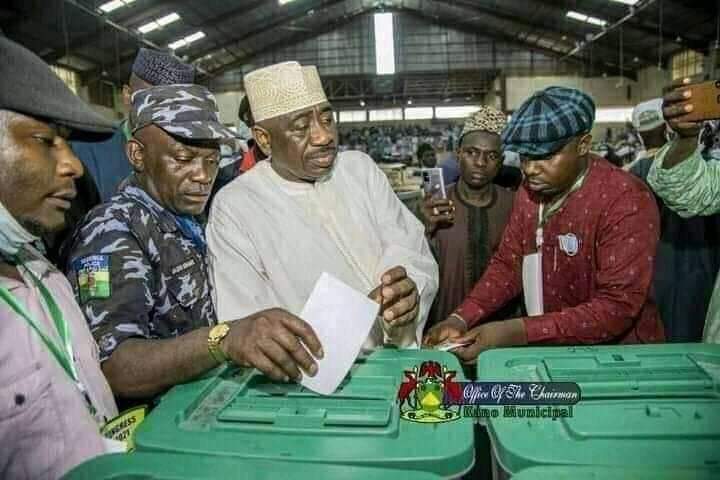 The Zone 1 headquarters of the Nigerian Police Force in Kano State has ordered an investigation into the viral picture of a police officer caught casting a vote at the just-concluded All Progressives Congress, APC, state congress in Kano State.

DAILY NIGERIAN reports that a policeman has appeared in a viral photo allegedly casting a vote at the just-concluded APC state congress in the state.

The police officer was later identified as Bashir Mohammed, an Inspector attached to the Special Protection Unit of the zone.

It was also learnt that the officer was posted to the Kano State Government House working as an orderly to the factional chairman of All Progressives Congress, APC, Abdullahi Abbas.

Releasing a statement Monday night, the spokesperson of the Zone, Abubakar Ambursa, said the Assistant Inspector-General of the Zone had ordered Zonal X-squad to investigate the matter, vowing to take disciplinary measures if the officer is found wanting.

The statement said: “The attention of the Assistant Inspector-General of Police, Zone One Headquarters, Kano has been drawn to a trending picture on social media of an inspector of police casting vote at the recently conducted Kano state congress of APC among with his principal, the state’s party chairman, Alhaji Abdullahi Abbas.

“In view of this seemingly unprofessional conduct of the inspector, the AIG has referred the matter to Zonal X-squad for investigation.

“If the inspector is found to have committed disciplinary offence by this action, appropriate disciplinary measures would be taken against him,” Mr Ambursa added.

He assured the general public that further development would be communicated in due course.