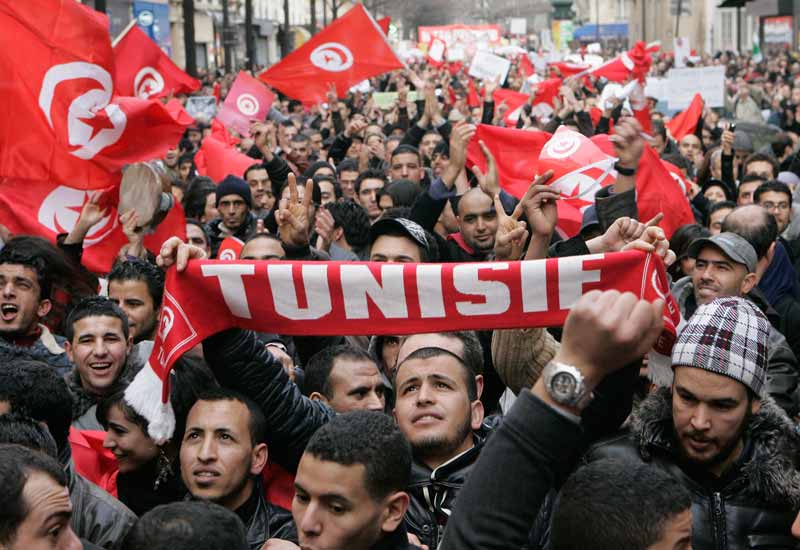 A wave of protest over Tunisia’s government austerity measures has turned deadly as a 55-year-old man died.

The Tunisian Ministry of Interior confirmed in a statement on Monday evening that a 55-year-old man had died in a local hospital after being admitted with symptoms of dizziness.

He suffered from “chronic shortness of breath” and showed “no signs of violence or run over”, and a forensic doctor has been tasked with determining the cause of death, the statement said.

Five others were injured during the demonstration, which took place in Tebourba, 40km west of the capital Tunis, according to TAP.

Speculation on social media throughout Monday evening suggested that the man had died after being hit by a security forces vehicle, but the ministry refuted this claim, saying it was likely he had suffocated from inhaling tear gas.

Other protests took place in some other parts of the country on Monday, following the government’s decision to raise taxes under its 2018 Finance Act.

The budget, which took effect on January 1, hiked fuel prices and introduced new tax measures related to the purchase of housing.

In the city of Sidi Bouzid in central Tunisia, protesters took to the streets for the second day in a row on Monday to denounce price increases and call for revisions to the Finance Act, TAP reported, noting that more protests were scheduled in the coming days.