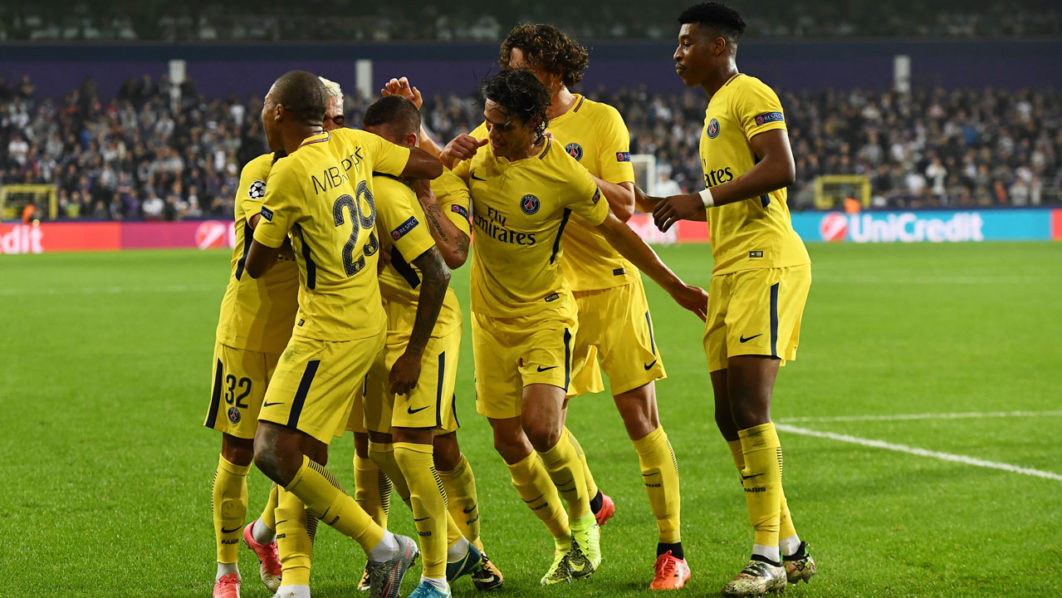 Paris Saint-Germain are making the idea that football is part of the entertainment industry central to their strategy as they strive to become a “global brand” and attract new fans.

In pursuit of the worldwide ambitions of their Qatari owners, PSG are not just recruiting global football stars such as Neymar, but are also multiplying partnerships outside sport and moving into music, fashion, cinema, e-Sport and even “escape games”.

In early December, club president Nasser Al-Khelaifi took his squad to pose for the cameras with Mickey and Minnie the day after PSG beat Lille, and just as the Most Valuable Player at the Super Bowl did for many years, they went to Disneyland to celebrate.

Now, the club has turned its stadium Parc des Princes into a theme park, hosting an “immersive” escape game called “Inside PSG” on non-matchdays into at least April.

The idea is not new. Lyon were the first French football club to organise this type of game at a sports venue, but PSG have gone beyond of the classic version of the game — solving puzzles to escape a single room in an hour — by offering “a mission” that visits parts of the Parc usually inaccessible to fans.

Moving between the dressing rooms, players’ tunnel and the VIP boxes, competitors have an hour and a half to interrogate some 15 actors playing roles including coach, security chief and official photographer and find a lost object needed for a match that kicks off in 90 minutes.

– ‘Sportainment’ –
“Inside PSG” is the latest effort in a series of marketing operations targeted at culture and entertainment.

It comes after a partnership with the Rolling Stones, which allowed the club to sell PSG merchandise using the group’s famous “tongue and lip” logo, a “Justice League” promo which paired Neymar with Batman and Kylian Mbappe with the Flash, the creation of a PSG e-Sports team and the appearance of a redesigned club shirt on the catwalk of street couture label Koche during Paris Fashion Week.

“The idea is to cover the areas that interest everyone,” Fabien Allegre, PSG’s director of marketing and brand development, told AFP.

He said he hopes to use the game to attract families “who don’t know PSG but tomorrow could become fans of the club.”

“When you want to become a global brand you have to enlarge your scope and do anything that others either won’t allow themselves to do because of their history or cannot do because they don’t have the good luck to have Paris in their name or the Eiffel Tower in their logo,” he said.

“They want to show that PSG is not just a sports club but also entertainment,” said Pierre-Henri Londner, co-founder of Team Break, the company that created the PSG game.

Is there a risk that this strategy of “sportainment” and the effort to “recruit” beyond the frontiers of football will offend traditional fans, notably PSG’s infamous ultras?

“To do it without alienating existing fans it can’t become pure entertainment, but that balance is extremely difficult to achieve,” Frank Pons, director of the International Observatory of Sports Management at Laval University in Montreal, told AFP.

– Fair Play –
Although the club no longer runs tours of the Parc, PSG has found a way to avoid relying simply on match days for revenue and “make the stadium profitable 365 days a year”, said Pons.

“In accessing a new ‘fan base’, they are going to look for other types of income that they don’t have at the moment,” Pons said.

Allegre says that the strategy is a logical response to the outlay on players Al-Khelaifi undertook in the summer and looked towards Barcelona, who attracted more than 1.7 million visitors to their stadium in 2015.

“We are lucky enough to have a president who has invested heavily this summer and we must also respond with revenue growth,” he said.

When you look at the queue for stadium tours at Barcelona, that’s something important in the club’s business-plan.”

Will that give a little push to the club’s finances as it races to present a budget in the spring that is in line with European football governing body UEFA’s Financial Fair Play requirements?