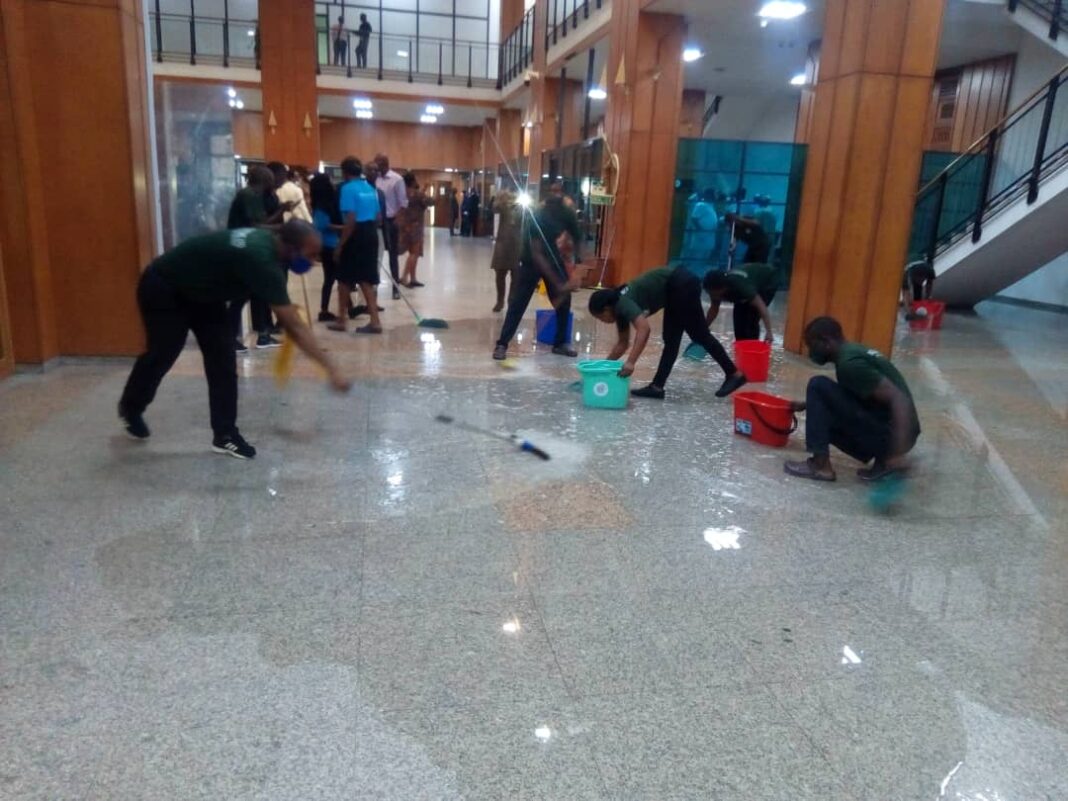 Rep. Ndudi Elumelu, the minority leader of the House of Representatives has raised the alarm over continuous leaking roof in the National Assembly chamber, describing it as dangerous to lawmakers’  safety.

Mr Elumelu, who raised a point of order during plenary on Wednesday in Abuja, pointed out to the House the danger inherent in coming to plenary to make laws under a leaking roof.

”Our chamber is leaking. While coming into the chamber this morning, we noticed the cleaner making frantic effort to scoop the water.

”This is dangerous to our day to day lawmaking, we cannot be representing our people and speaking for them under a leaking roof,” he said.

Speaker Femi Gbajabiamila, said that Elumelu’s point of order was noted, saying, “this is very important to us.”

The News Agency of Nigeria reports that leaks from the roof of the national assembly building had before now disrupted plenary session.

NAN also reports that the incident which followed a downpour, occurred at the ‘White House’, the portion of the Assembly housing both upper and lower legislative chambers.

Many lawmakers were stranded for some minutes before the rain subsided.

The lobby of the Assembly became impassable while cleaners were immediately mobilised to clear the pool of water.