I will respond to you at appropriate time, Lai Mohammed tells AbdulRazaq 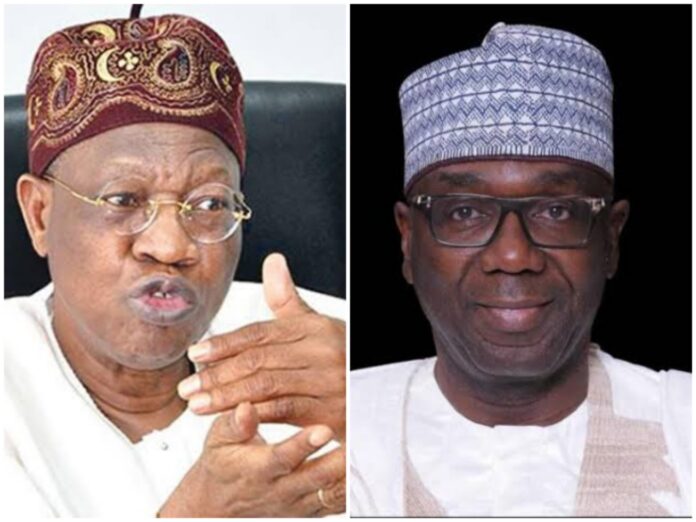 The Minister of Information and Culture, Lai Mohammed, says, at the appropriate time and forum, he will respond to the false allegations levelled against him by Governor AbdulRahman AbdulRazaq of Kwara State.

The minister stated this on Tuesday when he featured on a phone-in programme of TV Continental, “This Morning’’, monitored by the News Agency of Nigeria.

NAN reports that, in an exclusive interview with a national newspaper, published on Monday, the governor alleged that the minister dehumanised him during the campaign and other preparations towards the 2019 Governorship and other elections in the state.

Mr AbdulRazaq also alleged that the minister did not remit about N100million raised for the campaign for the elections.

Responding to a question from the anchor of the progrmme on the allegations and the crisis in the All Progressive Congress in the state, the minister said “at the fullest of time’’ he would give his response.

“I read the article and I also read the response of some people.

“I believe that issues of national importance I have come here to discuss are more important than the personal disagreement between me and the governor.

“At the appropriate time and forum, I will respond to the false allegations,’’ he said.

The minister also declined response to questions on the parallel congresses held by the APC in some states.

According to him, the party executives appointed or elected as spokespersons and other officers are in better position to respond to such issues.

“As a federal minister, I am not supposed to be partisan in the discharge of my duties, whether on intra-party or inter-party matters,’’ he said.

NAN reports that the minister featured on the programme specifically to discuss national security and other related issues.