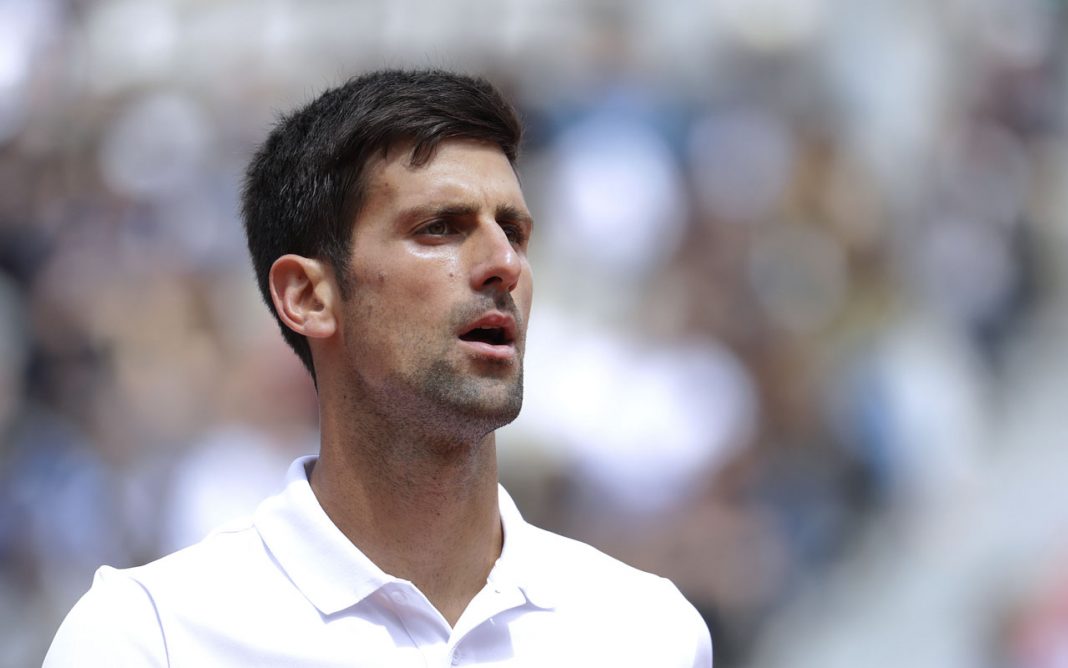 Serbia’s Novak Djokovic reacts during his tennis match against Austria’s Dominic Thiem at the Roland Garros 2017 French Open on June 7, 2017 in Paris. / AFP PHOTO / Thomas SAMSON[/captionP
Six-time Australian Open champion Novak Djokovic says he’s excited to be back after a long injury-enforced break, admitting he has missed the “fire and passion” of competitive tennis.

The Serbian former world number one has been out of action for six months, and while he enjoyed having his first real break since turning professional, he is ready to get back to business.

“I’m just glad to be back playing tennis, having an opportunity to compete yet again in the big tournaments. I’ve missed it,” he said Saturday at Melbourne Park.

Djokovic has been sidelined with an elbow injury that had been progressively getting worse over the past few years.

He said it got to the point where the pain on his serve was becoming unbearable, with a sustained period of rest the only cure.

“It hasn’t been 100 percent yet healed. But right now it’s at the level where I can compete, and every day is getting better,” he said.

“Throughout the tournament, I don’t know how it’s going to behave. Even if it’s 100 percent healed, after six months of no competition, you never know how you’re going to react.”

But despite slipping down the rankings and only seeded 14 at the opening Grand Slam of the year, his confidence is high and he warned he could still go far.

“I still know what I’m capable of, and I believe in my own abilities to win against the best players in the world,” he said ahead of his opening round clash against American Donald Young.

“I know that if I get myself to the desired level of performance — mental and physical — that I can actually have a good chance to go far in the tournament.

“Now, whether my approach is different to this year’s Australian Open to other previous years, probably yes. It’s different circumstances. But it is exciting. Honestly, it’s a good place to be.”

– Young inside –
The 12-time Grand Slam winner is taking inspiration from his old rival Roger Federer, who at 36 and after an injury absence in 2016 came back with all guns blazing last year, winning another two Grand Slams, including Australia.

“I mean, he’s (Federer’s) a great example of someone that manages to take care of himself, knows how to prepare well and peak at the right time.

“He won a couple more Grand Slams. Who would predict that after his six months of absence, so everything is possible really.

“I don’t know how my body’s going to behave this year or any other year. Right now all I can think about and where I can sort of, say, direct my energy is in the present moment.”

Djokovic suggested recently that might still be playing at 40, and he said anything was possible so long as he still enjoyed what he was doing.

“I love this sport, I really do. As I said, I’ve been quite content with my body, mind, spirit so far throughout my career,” he said.

“The fire, passion, and love for the sport still burns inside. I have great support from my family and close ones and people around the world. I do feel young inside, you know.”