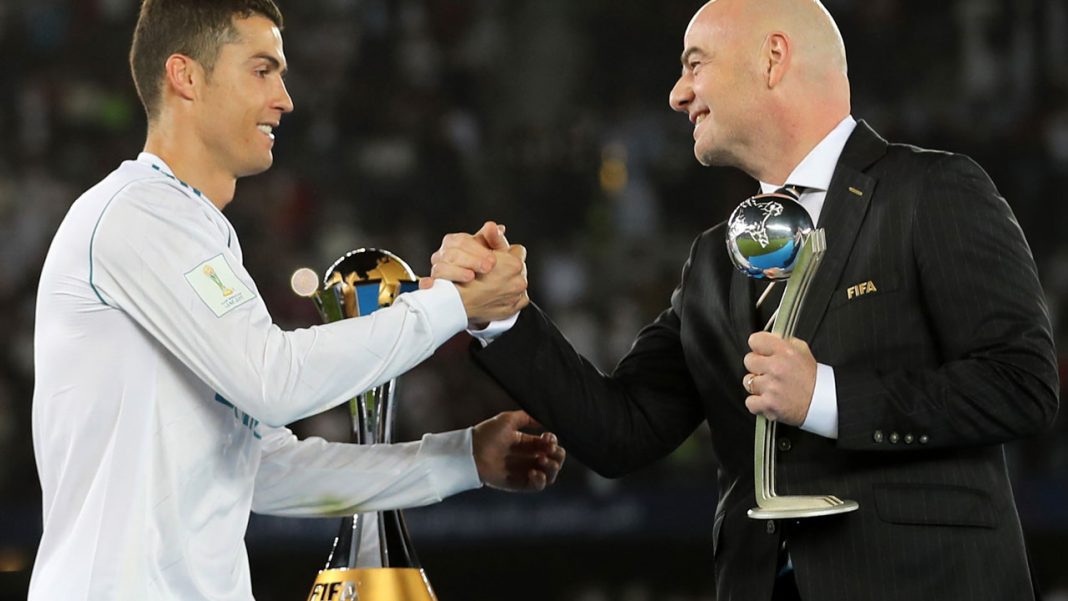 A third Club World Cup in four years brings Madrid level with rivals Barcelona as the most successful side in the competition’s history and adds to the La Liga, Champions League, UEFA Super Cup and Spanish Super Cup titles already won by Zinedine Zidane’s men this year.

Ronaldo was once again Real’s man for the big occasion as his strike went through the Gremio wall eight minutes after the break to ensure the European club champions were also crowned world champions for a fifth straight year.

“We wanted to win because Real Madrid have never won five trophies in one year,” said Ronaldo.

“I think we played a very good game and deserved to win.”

Ronaldo has now scored 15 goals in 20 appearances for Madrid this season despite a slow start in La Liga.

“The numbers speak for themselves,” added the Portuguese. “I give my answers on the pitch. The team were phenomenal and it is another trophy for the CV.”

Gareth Bale was left on the bench despite scoring with his first touch as a substitute against Al Jazira on Wednesday to book Madrid’s place in the final, as Zinedine Zidane kept faith with the same side that started Real’s Champions League final triumph over Juventus back in June.

Gremio booked their ricket to Abu Dhabi by winning the Copa Libertadores for the third time last month and Madrid knew they weren’t in for a comfortable evening just two minutes in when Gremio captain Pedro Geromel raked his studs down the back of Ronaldo’s calf without any punishment from Mexican referee Cesar Ramos.

Ronaldo, though, confirmed he will be fit for next weekend’s Clasico against Barcelona.

Madrid dominated possession but, unlike in their profligate semi-final performance, found clear-cut chances hard to come by against the well-organised Gremio defence.

Luka Modric came closest to breaking the deadlock in the first half with a left-footed shot from the edge of the box that flew inches wide of the far post.

Ronaldo also hammered a long-range free-kick that dipped onto the roof of the net, whilst Edilson gave Keylor Navas a similar scare at the other end with a free-kick from range.

Gremio pleaded for the referee to consult with the video assistant referee (VAR) when Sergio Ramos clipped Ramiro inside the area early in the second period.

However, those claims fell on deaf ears and Madrid instantly broke up the other end to open the scoring.

Ronaldo was tripped 25 yards from goal and the world player of the year’s resulting free-kick sneaked through a gap in the Gremio wall to skip into the bottom corner.

Gremio were handed a lifeline when Ronaldo had the ball in the net again just before the hour mark, but Karim Benzema was flagged for being marginally offside in the build-up.

Marcelo Grohe then turned another Modric drive onto the post and made great stops from Ronaldo and Bale in the final 10 minutes to keep Gremio in the game.

However, the Brazilians failed to register a single shot on target as Madrid comfortably held out to seal their most successful ever year with a fifth trophy.