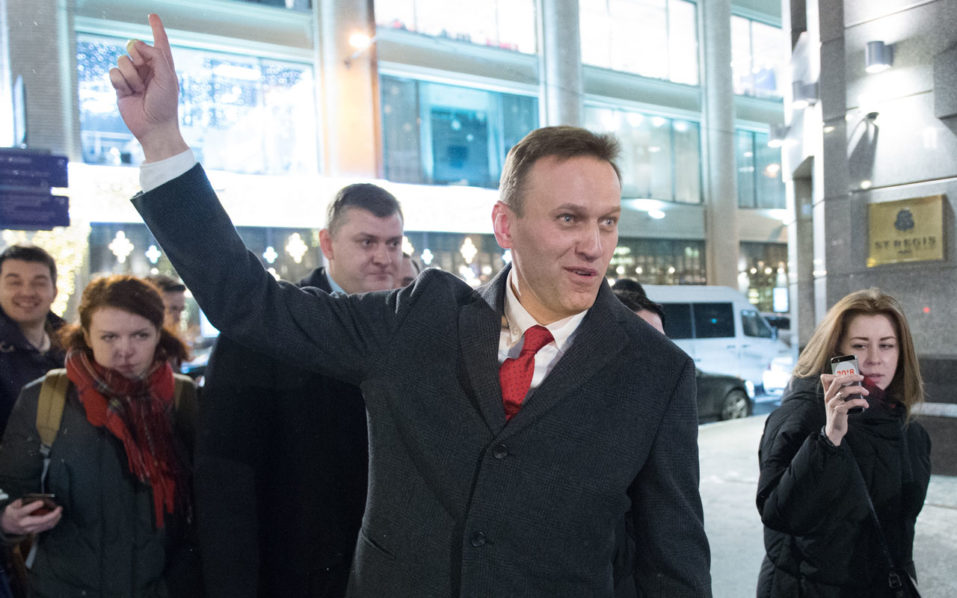 The Kremlin on Tuesday rejected concerns that its decision to ban opposition leader Alexei Navalny from running against President Vladimir Putin in a March election could undermine the vote’s legitimacy.

The European Union weighed in to the controversy meanwhile, warning that the ban cast “serious doubt” on the election.

The 41-year-old lawyer maintains that the case against him is politically motivated. He urged his supporters to stage a “vote strike” instead.

Navalny is seen by many as the only Russian opposition leader who stands a fighting chance of challenging Putin.

Observers have expressed concern that barring Navalny from running would affect the legitimacy of the March poll and could affect voter turnout.

“We cannot agree with this point of view,” Putin’s spokesman Dmitry Peskov told reporters on Tuesday.

He insisted that barring Navalny from running “can in no way affect the legitimacy of the election”.

Peskov also said any calls to boycott the election should be “rigorously studied” — a thinly veiled threat of punishment.

EU external services spokeswoman Maja Kocijancic said the ban on Navalny “casts a serious doubt on political pluralism in Russia and the prospect of democratic elections next year”, in a statement on Tuesday.

“Politically-motivated charges should not be used against political participation,” she said.

“We expect the Russian authorities to ensure that there is a level playing field, including in the presidential elections that will take place on 18 March.”

Navalny has built a robust protest movement in the face of persistent harassment and jumped through multiple hoops as he stumped for votes across the country.

On Sunday, more than 15,000 supporters from 20 cities formally endorsed his nomination bid.

Earlier this month, Putin clearly indicated that Navalny would not be allowed to run.

Asked why, Putin – who has refused to mention Navalny by name in public — said the opposition was hoping for a “coup” but would not succeed.