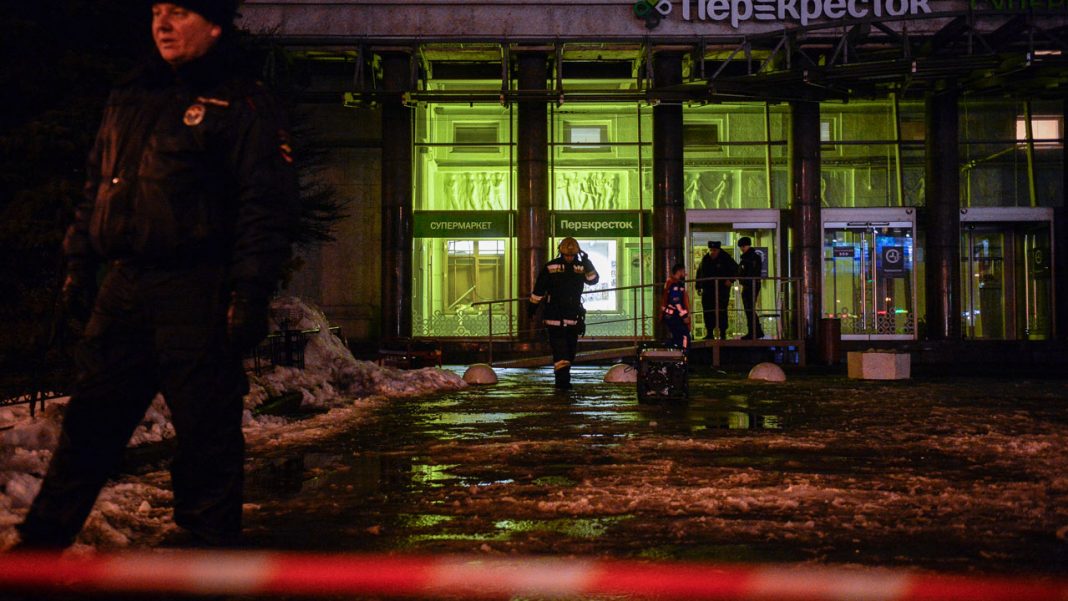 Firefighters and police officers work at the site of a blast in a supermarket in Saint Petersburg on December 27, 2017. Olga MALTSEVA / AFP

The perpetrator of the bomb attack which tore through a Saint Petersburg supermarket wounding 18 people was arrested Saturday, a Russian news agency reported.

“The organiser and direct perpetrator who triggered an improvised explosive device on December 27 in a supermarket in Saint Petersburg was arrested during a special operation by the FSB”, the security services said, according to Interfax.

“The suspect is being questioned,” a spokeswoman for the Russian Investigative Committee, Svetlana Petrenko, said in a separate statement.

The homemade bomb had been placed in a locker at the supermarket in northwestern Saint Petersburg, Russia’s second city and President Vladimir Putin’s home town.

A pregnant women was among those injured in the blast, claimed by the Islamic State group.

Putin’s 2015 decision to begin a military intervention in Syria’s conflict on the side of President Bashar al-Assad has made Russia a priority target for the Islamic State group.

The bombing came after the FSB security service said earlier this month it had prevented a terror attack on a key Orthodox cathedral in Saint Petersburg with the help of America’s CIA, which led Putin to thank US President Donald Trump.