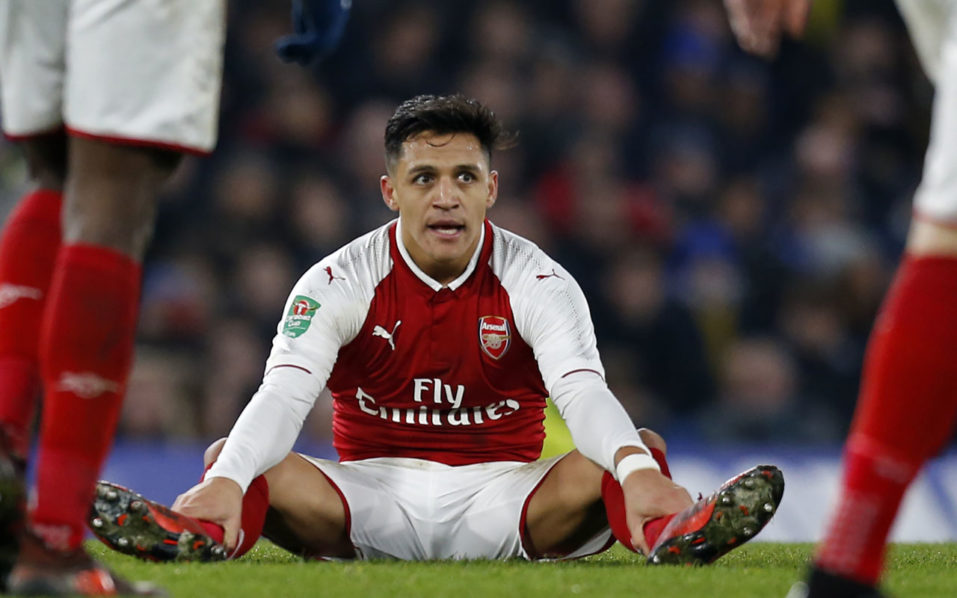 Arsene Wenger said Friday there is nothing “concrete” on Alexis Sanchez’s future despite reported interest from both Manchester clubs but stated he will only be sold this month if Arsenal can find a replacement.

Sanchez, out of contract at the end of the season, is expected to leave the north London club during the transfer window with young Bordeaux forward Malcom linked with a move to the Emirates.

Pep Guardiola’s bid to buy Sanchez collapsed at the end of the summer transfer window and City were widely expected to make another move for the Chile forward.

But Jose Mourinho’s United have reportedly thrown their hat into the ring, bidding around £25 million ($34 million, 28 million euros) to trump City’s £20 million offer as they seek to bolster their forward options and deny their bitter rivals.

When asked if United were interested in signing the player, Wenger said “nothing is really concrete at the moment”.

Questioned as to whether there was any truth in the rumour, the Arsenal manager was coy.

Wenger admitted a bidding war could help Arsenal but said that was not the current situation.

The Arsenal boss, whose side travel to Bournemouth on Sunday, said Sanchez would only be allowed to leave if they could get a new signing over the line.

“Of course I want a quick resolution,” he told reporters at Arsenal’s north London training base.

“Is he (Sanchez) replaceable in the way that we find exactly the same player? Certainly not, but there’s always a way to find a different balance.

“Alexis is an exceptional football player, he’s a world-class player and if that happens (and he leaves) we have to find a different balance in the team.”

Theo Walcott is another Arsenal player poised to leave this month, with Everton manager Sam Allardyce revealing on Friday that they are hopeful of sealing a permanent deal.

Wenger said he does not want the 28-year-old to leave, but conceded he cannot guarantee the forward playing time and an unlikely route into Gareth Southgate’s England squad for the World Cup.

“Sam Allardyce has made that statement but Theo Walcott is here,” Wenger added.

“I have a good relationship with Theo and I don’t want him to be frustrated or lose an opportunity to go to the World Cup.”