Sanusi set to leave Awe as court restored his freedom 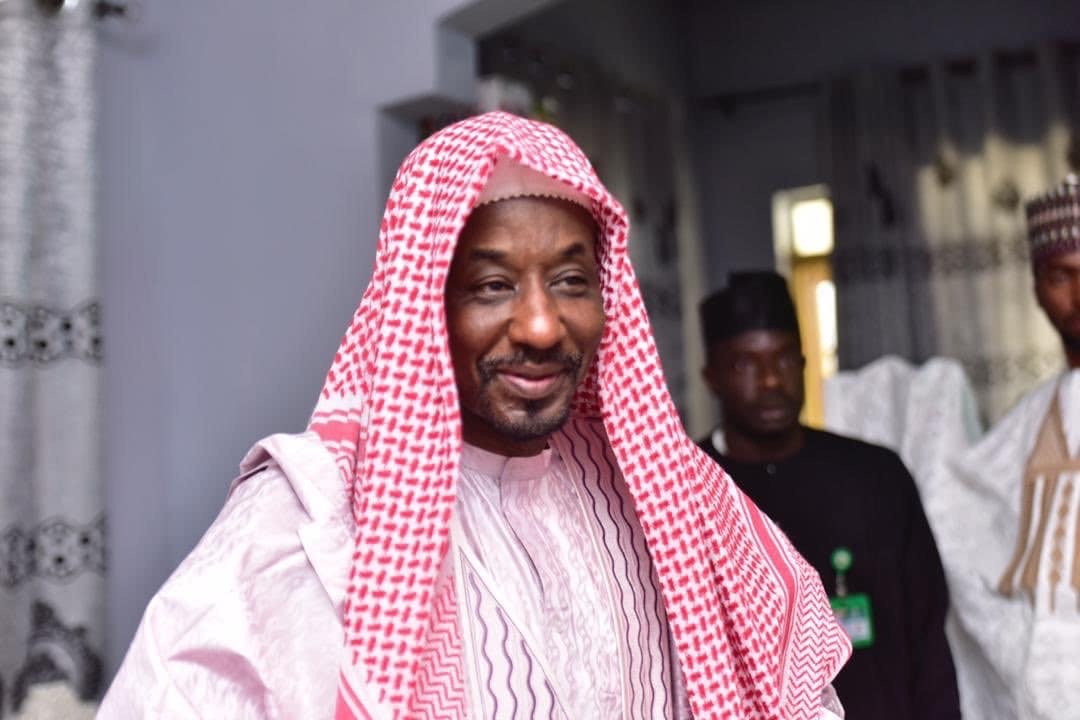 Barring a last-minute change, the deposed Emir of Kano, Muhammadu Sanusi II, will be leaving the Awe town of Nasarawa State where he had been held under confinement.

Although it is not clear where the deposed emir will be heading to, our correspondent, however, gathered that the ex-emir might be heading to Lagos where he had requested to be taken to after his dethronement.

It was also observed that Mr Sanusi’s luggage have been packed and all-set to depart the community.

This is coming after Governor Nasir El-Rufai had visited the deposed emir.

Recall that in the early hours of Friday, Justice Anwuli Chikere of the Federal High Court, Abuja, had ordered immediate release of the deposed emir.

Justice Chikere, who gave the order in an ex-parte motion brought by the team of Mr Sanusi’s lawyers, also granted the prayers to serve all the respondents through substituted means should it become impossible to personally effect the service.

On Thursday, sued the Inspector-General of Police, Mohammed Adamu and Director-General, Department of State Security Services, SSS, Yusuf Bichi, over what he called “unlawful detention/confinement.”

At the hearing of the application on Friday, Counsel to the dethroned emir, Fagbemi, thanked the court for accommodating their motion despite busy schedule.

“However, I want to apologise because by 5 o’clock yesterday (Thursday), this suit had been taken to public domain. We don’t know how it happened,” he said.

The judge, who was quite unruffled about the media report, said: “I am sure they are hear today.”

“If you are a media person, please publish what transpired in court so that you will not be sued for libel,” Mr Chikere added.

Mr Fagbemi, then, informed the court that they had a motion -ex-parte dated March 12 and filed same day.

“It is asking for two orders,” he said.

“An interim order of this honourable court releasing the applicant from the detention and/or confinement of the respondents and restoring the applicant’s right to human dignity, personal liberty, freedom of association and movement in Nigeria, (apart from Kano State) pending the hearing and determination of the applicant’s originating motion.

“And for such further order(s) as it pleases your lordship,” he prayed.

According to him, it is in the interest of justice to grant this application.

Mr Fagbemi, further said the application was predicated on eight grounds and an affidavit of 22 paragraphs and one exhibit.

“There is also a written address in support.

“We also have an originating motion and we crave your indulgence to also rely on that one with affidavit.

“We rely on all these processes,” he said.

Mr Fagbemi, who pleaded with the court to allow him make few remarks, said it was disheartening that prior to the service of the dethronement letter (Exhibit A) on Sanusi on Monday, there was an unusual presence of large number of officers of police and SSS who cordoned off the palace, causing a serious restriction on his movement in and out of the palace.

He also said Mr Sanusi’s health in Awe where he was presently was a source of worry.

“As we speak, there is no criminal proceeding pending against the applicant,” he said.

“We urge you to grant the sister’s leg and the second leg my lord,” he said.

Justice Chikere, in the ruling, said: “An interim order of this honourable court releasing the applicant from the detention and or confinement of the respondents and restoring the applicant’s rights to human dignity, personal liberty, freedom of association and movement in Nigeria, (apart from Kano State) pending the hearing and determination of the applicant’s originating summons is hereby granted.”

The judge also granted the applicant’s leave to serve a copy of the released order and the processes in relation to the substantive suit on the respondents through substituted means.

She ordered that the original summon should be served within three days from today, Friday.

The judge then adjourned the matter until March 26 to hear the substantive suit.