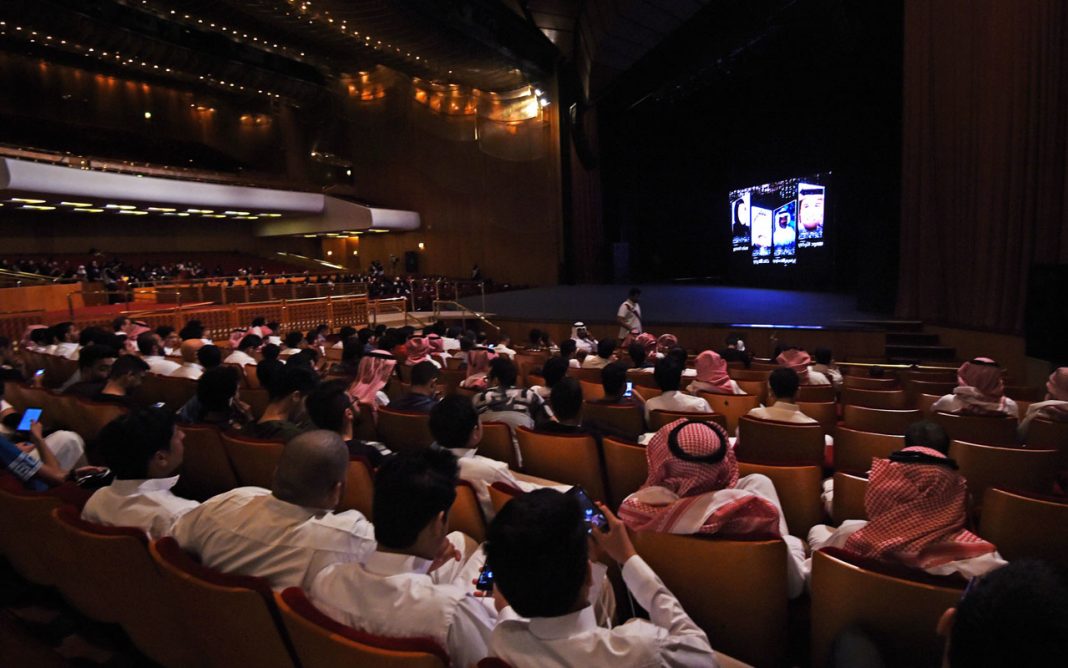 (FILES) This file photo taken on October 20, 2017 shows Saudis attending the “Short Film Competition 2” festival at King Fahad Culture Center in Riyadh. Saudi Arabia on December 11, 2017 lifted a decades-long ban on cinemas, part of a series of social reforms by the powerful crown prince that are shaking up the ultra-conservative kingdom. / AFP PHOTO / FAYEZ NURELDINE

From allowing women to drive, to the lifting of a decades-long ban on cinemas, ultra-conservative Saudi Arabia has recently taken a series of social reforms.

Here is a snapshot:

Tourism
On August 1, 2017, the crown prince announces a massive tourism project to turn 50 islands and a string of sites on the Red Sea into luxury resorts.

Although endowed with natural beauty, the kingdom is not currently seen as a tourism hotspot.

Saudi women in stadiums
On September 23, hundreds of Saudi women take their places in a sports stadium for the first time in the country’s history.

The authorities have since announced that woman will be allowed to attend sports events in three stadiums from 2018.

Women soon at the wheel
In September, a royal decree announces the end of a longstanding ban on women driving as of June 2018.

Moderation
The crown prince in October pledges a “moderate, open” Saudi Arabia, breaking with ultra-conservative clerics in favour of an image catering to foreign investors and Saudi youth.

“We will not spend the next 30 years of our lives dealing with destructive ideas. We will destroy them today,” he adds.

Unprecedented purge
In early November, a purge leads to more than 200 public figures, including princes, political and business leaders, being arrested in what is being called an anti-corruption drive but which critics see as a bid by the crown prince to amass power.

Theatre
In early December, Saudis rush to attend a stand-up comedy show organised by the official General Entertainment Authority in a Riyadh theatre. Amateur comedians take the stage one after another to perform.

Cinemas
On December 11, Saudi Arabia lifts a decades-long ban on cinemas. The government says it will begin licensing cinemas immediately and the first movie theatres are expected to open next March.

The decision is seen as a potential boost to the kingdom’s nascent film industry.