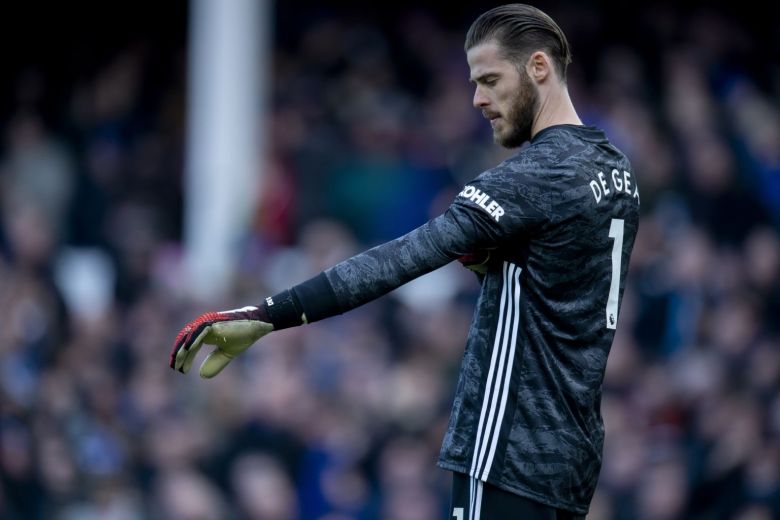 Manchester United have a way to go before they need to think about replacing David De Gea as first-choice goalkeeper, club great and former captain Peter Schmeichel said on Tuesday.

Spaniard De Gea faced criticism after gifting Everton a third minute lead in a 1-1 draw at Goodison Park on Sunday when he dawdled on the ball.

His attempt to clear was charged down by Dominic Calvert-Lewin and went in off the striker.

“I don’t think there is a goalkeeping situation (at Manchester United),” Schmeichel, one of the greatest goalkeepers of all time, told Reuters.

“It’s ridiculous to talk about that. He (De Gea) made a mistake against Everton. He made one against Watford,” added the 56-year-old.

“I worked this game against Everton (as a pundit) and we were clutching at straws trying to find mistakes that he’s made and we came up with seven over two seasons,” added the Dane, whose son Kasper keeps for English Premier League (EPL) clubside Leicester City.

“You can be the best goalkeeper in the world, but if you’re not well protected you will concede goals. And at times you get sucked into that and make mistakes. There’s no goalkeeping situation.”

Immediately after the match, Schmeichel had said the Spain international needed better concentration.

Manchester United manager Ole Gunnar Solskjaer, an old team mate of Schmeichel’s, was asked after the Everton match whether De Gea, 29, might face a challenge next season from Dean Henderson.

Henderson, 22, is on loan from Manchester United at Premier League rivals Sheffield United where he is having an excellent season, with the Blades currently eighth in the league.

“Henderson has had less than one season in the Premier League,” said Schmeichel, who was at a deal-signing event at Silverstone circuit between Formula One and online bookmaker 188BET.

“He plays for Sheffield United, he doesn’t play for Manchester United. It is a premature debate to have.

“He’s a good goalkeeper but there’s a long, long way to go before we need to change the first team goalkeeper and then look for someone else to come in.”

The Dane was, as was to be expected, supportive of Solskjaer’s efforts to revive Manchester United fortunes and the sort of success the club enjoyed under Alex Ferguson.

“They are regrouping. They are trying to take one or two steps back in order to be able to take massive leaps forward,” he said.

“I don’t think anyone really was prepared enough and expected what would happen when Sir Alex left.”

Manchester United are fifth overall, three points behind Chelsea, and Schmeichel said if they could `sneak’ fourth place it would be a fantastic season.

Schmeichel said Solskjaer was right to introduce younger players and work towards changing the culture of the dressing room.

The Norwegian was appointed permanent manager in March 2019 after the departure of Jose Mourinho, who himself followed Louis van Gaal.

“We tried the big manager… we tried buying the players, spent a lot of money. It’s just not the right way of doing it,” said Schmeichel.

“Ole’s taking a lot of flak. Every newspaper he reads, every radio programme, TV programme with clever pundits, he will hear that he’s not the guy. It’s (Massimiliano) Allegri, it’s (Mauricio) Pochettino who will come in the summer.

“But Ole’s been brave enough to take two steps back and say `this is what we have to do.’ As far as I am aware the club is supporting him and I hope they keep supporting him.

“I hope that they understand that in order to get back and be competitive for the title, we have to do something that is different to what we did in the last six years.

“It’s been proven, you can’t just throw money at it.”