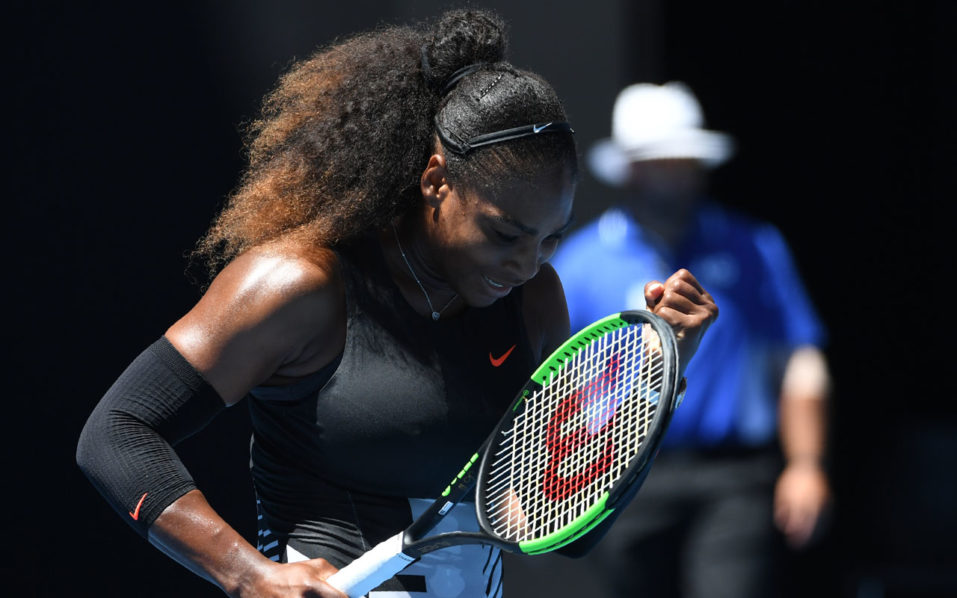 Serena Williams of the US celebrates her victory against Britain’s Johanna Konta in their women’s singles quarter-final match on day ten of the Australian Open tennis tournament in Melbourne on January 25, 2017. / AFP PHOTO / SAEED KHAN /

Serena Williams says she has struggled with her baby daughter’s teething pain even as she tweeted a photo hinting she might be working on a comeback to defend her Australian Open title.

The 23-time Grand Slam singles champion and former world number one drew sympathetic replies to Sunday tweets about baby daughter Alexis Olympia’s teething issues, complete with a photo, then posted another picture Monday of an empty tennis court looking set up for the start of a workout.

The next Australian Open begins on January 15 at Melbourne, which would be barely beyond four months after Williams gave birth to her daughter on September 1.

Williams began her latest tweets on Sunday with a plea for help on how to ease the torment of teething.

“Teething- aka the devil – is so hard,” tweeted Williams. “Poor Alexis Olympia has been so uncomfortable. She cried so much (she never cries) I had to hold her until she fell asleep. I’ve tried amber beads… cold towels…. chew on mommies fingers…. homeopathic water (lol on that one) but……

“Nothing is working. It’s breaking my heart. I almost need my mom to come and hold me to sleep cause I’m so stressed. Help? Anyone??”

Among the advices she received — “try a wet washcloth for the baby let her chew it.”

On Monday, there was no mention of teething but a photo of the open court, a racquet bag leaning on a stool with towels and a bicycle nearby serving notice that Williams might have found a cure for herself with the next Grand Slam tournament only four weeks away.

Williams has said she intended to defend the crown she won earlier this year while unknowingly pregnant but has not confirmed any firm plans to play in Melbourne since the birth of her daughter.