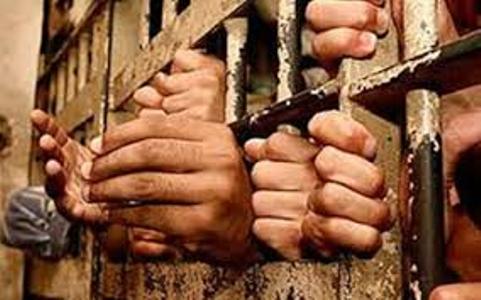 The Ogun State Controller of Nigerian Correctional Service, NCS, Violet Ogbebor, has disclosed that six inmates who studied under the Borstal Training Institution, BTI, are now seeking admission into the Nigerian universities.

Mrs Ogbebor made the disclosure on Tuesday at the inauguration of three renovated blocks and donation of 100 mattresses by the Fidelity Bank Helping Hands Project in Abeokuta, Ogun to the institute.

BTI is the Juvenile arm of the Nigerian Correctional Service, Abeokuta.

It is one of the three borstals in the country. The other two are located in Kaduna and Ilorin.

BTI was set up for correcting, training, reforming, rehabilitating and reintegrating young offenders.

She said the inmate with the highest scored 267, while the one with the lowest had 181.

She said that the inmates studying in the institution were engaged and trained in both formal and informal education as well as vocational school.

“Some of the boys are encouraged to continue with their academic activities after contact with crimes.

“The institution academic prowess has improved over the years; this year, the institution registered 12 students for WAEC with 90 per cent pass, including English and Mathematics.

“They are admitted into the facility to spend between a year and most three years for training and correction within the facilities, basically to correct their antisocial behaviour,” she said.

The official said that the students also engaged in vocational training, including tailoring, barbing, shoe making, knitting and weaving, carpentry, Arts and design, photography and video recording among others.

The controller said that renovated blocks, donation of 100 pieces of chairs and tables and table tennis board would affect the institution in a great deal.

“What FHHP has given us will help re-sharpen the lives and worldview of the boys.

“The items will provide us with better and conducive environment to enhance their ability to learn, improved health and ease adaptation to training.

“This will help aid the institution steps in the actualisation of its statutory mandate of reformation, rehabilitation and reintegration,” she said.

Also, Bayo Adeyinka, the Regional Bank Head, South-West 1, Fidelity Bank, said that he was in the institute three months ago to see how the bank could assist it.

Mr Adeyinka said that the bank gave its little to the institute, because of its belief that everybody deserves a second chance in life.

In his remarks, Ernest Ohwueebe, a Social Responsibility Officer, Fidelity Bank, said the bank came up with FHHP because of the belief that government could not do it alone.

Mr Ohwueebe said the bank was coming out as an institution to make life better with the project, adding that it was meant to change life and creating a better life.
NAN