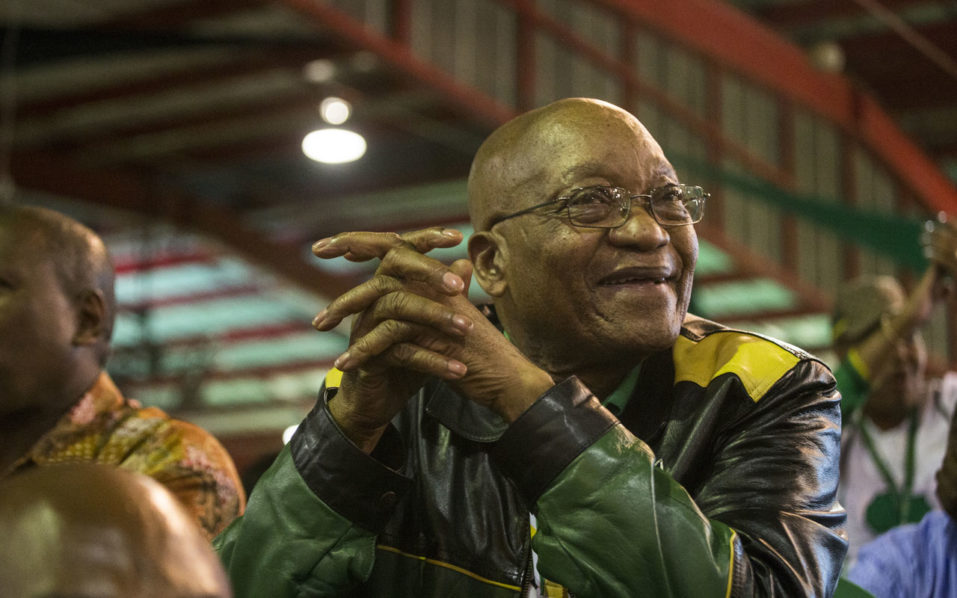 South Africa’s Constitutional Court ruled on Friday that parliament failed to hold President Jacob Zuma to account over a scandal related to state-funded upgrades to his home and must launch proceedings that could remove him from office.

The ruling is the latest judicial setback for the scandal-plagued Zuma, who has faced widespread public demands to step down as president of Africa’s most industrialized economy before a general election in 2019.

It was not immediately clear what steps parliament would take.

“We conclude that the assembly did not hold the president to account ..

“The assembly must put in place a mechanism that could be used for the removal of the president from office,” Judge Chris Jafta said, handing down the judgment, which was supported by a majority of the court, and shown on live television.

“Properly interpreted, Section 89 implicitly imposes an obligation on the assembly to make rules specially tailored for the removal of the president from office.

“By omitting to include such rules, the assembly has failed to fulfill this obligation.”

The ultra-left Economic Freedom Fighters and other small opposition parties had taken the issue to the court.

Zuma, 75, is in a weakened position after Deputy President Cyril Ramaphosa was narrowly elected leader of Zuma’s ruling African National Congress, although Zuma’s faction still retains key positions in the party, and he has already survived no-confidence votes.

“The ANC will study the judgment and discuss its full implications when the National Executive Committee meets on the 10th January 2018,” the party said in a statement.

NAN reports that in March 2016, the court ruled that Zuma pay back some of the roughly $15 million in state money spent upgrading his private home.

The unanimous ruling by the 11-judge court said Zuma had failed to “uphold, defend and respect” the constitution by ignoring the findings of former Public Protector Thuli Madonsela, whose office is an anti-graft watchdog with a strong constitutional mandate.

Zuma has since repaid 7.8 million rand (631,000 dollars), the sum determined by the Treasury as the “reasonable cost” he should bear, while also surviving a no-confidence motion in parliament where members of own his party voted to oust him.

Opposition parties have argued that parliament has not done enough, given the gravity of the court’s findings.

Zuma has denied wrongdoing over many of the corruption allegations that have swirled around his presidency.

On Dec. 23, he sought leave to appeal a court ruling ordering him to set up a judicial inquiry into influence-peddling in his government.