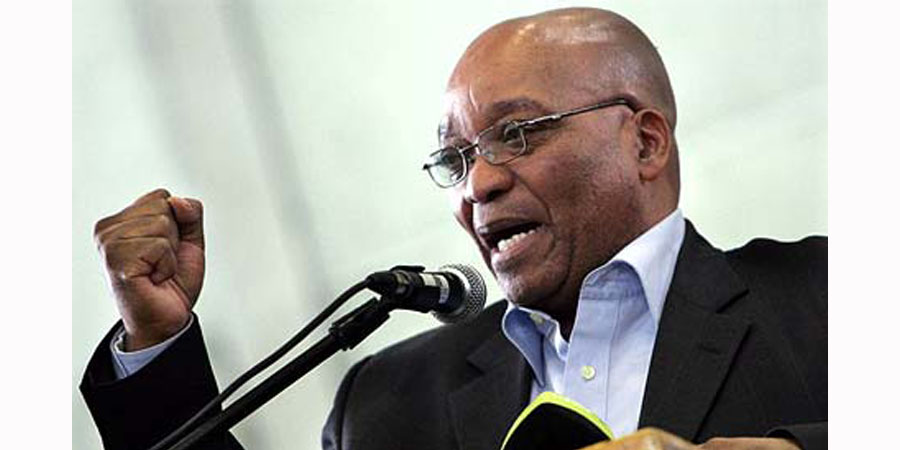 South Africa’s ruling ANC party met behind closed doors Wednesday as pressure grew on President Jacob Zuma to step down ahead of elections next year when the party risks losing power.

Zuma was replaced as party leader by his deputy Cyril Ramaphosa in December, and analysts predict Ramaphosa faces an uphill task to recover public support ahead of the 2019 vote.

Zuma’s future was not on the official agenda at the ANC national executive committee meeting in the port city of East London, but the party is engulfed in a struggle over when he should leave office.

Many ANC supporters want Zuma to resign and Ramaphosa to become president immediately to bring an end to a rule tainted by graft scandals and economic decline.

“We have foreseen Zuma’s political downfall on many occasions and he has survived against all odds, however this is time the net is closing,” Susan Booysen, politics professor at Wits University in Johannesburg, told AFP.

Zuma’s closest allies still hold senior positions in the party, and he could in theory remain president until the 2019 elections that mark the end of his second and final term in office.

But he faces multiple court cases and the threat of criminal prosecution over 783 allegedly corrupt payments he received over an arms deal before he came to power.

– Zuma’s power fades away –
His chosen successor — his former wife Nkosazana Dlamini-Zuma — also lost out to Ramaphosa in the closely-fought race to be party leader.

“Power is turning against Zuma. On previous occasions, he could count on the support of the ANC,” said Booysen. “He can no longer do that.”

Zuma on Tuesday announced a probe into corruption at the highest levels of the state, in apparent attempt to buy time.

In 2016 a damning report questioned Zuma’s dealings with the wealthy Gupta family, who allegedly were granted favourable government contracts and even allowed to chose ministers.

With Zuma still the president but Ramaphosa leading the ANC, the two factions within the party could be set for a damaging clash in the coming weeks.

“There are no two centres of power. There is only one centre, and that is the African National Congress,” party secretary-general Ace Magashule told reporters outside Wednesday’s meeting, denying any friction.

Zuma could leave office either by resigning, through losing a motion of no-confidence in parliament or impeachment proceedings.

He could also be recalled by the ANC, forcing him to step down.

Whoever is president will deliver the state of the nation address on February 8 — providing one deadline for political manoeuvering.