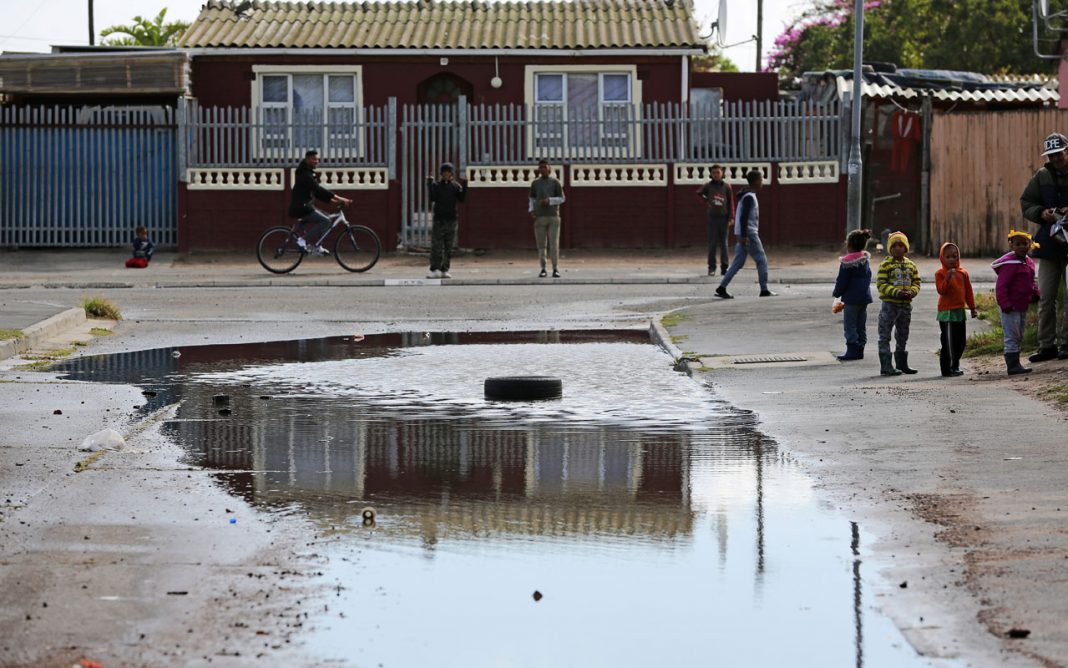 Children are seen near a puddle of water after heavy rains in drought-hit Cape Town, South Africa, April 26, 2018. REUTERS/Sumaya Hisham

“Cape Town’s dam levels are nearing 70 percent of storage capacity due to good rainfall at the beginning of winter and the phenomenal conservation efforts of Capetonians,” said Deputy Mayor Ian Neilson.

“Water restrictions and the associated tariffs are thus to be conservatively lowered,” starting October 1, he said in a statement.

Residents can now use 70 litres a day, up from 50 litres.

Until June, the city which is the seat of parliament and a major tourist draw, had been projected to run out of water as early as July, forcing the closure of household taps and severe restrictions.

The drought also affected water intensive companies, such as winemakers who make up 11 percent of the southwestern region’s economic output and sustain 300,000 jobs.

According to the International Organisation of Vine and Wine (OIV), output from Africa’s top wine producer is set to slump by over 20 percent this year.