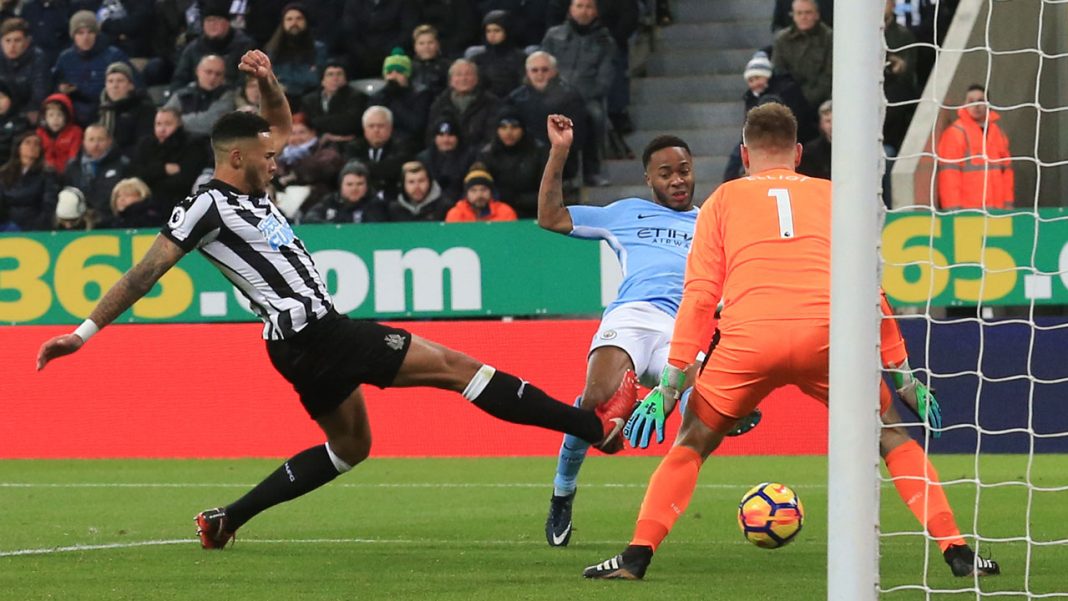 Manchester City surged 15 points clear at the top of the Premier League as Raheem Sterling fired the runaway leaders to a 1-0 win at Newcastle on Wednesday.

The only club in Europe’s five biggest leagues to have had a longer winning run is Bayern Munich, who earned 19 consecutive victories under Guardiola in 2013-14.

City can equal Bayern’s mark in their next match at Crystal Palace on December 31.Unbeaten City have also won a record-equalling 11 successive away matches in the English top-flight, a total matched only by Chelsea in 2008.

Only Everton have prevented City from collecting maximum points this season, and ultra-defensive Newcastle, who for long spells had 11 men behind the ball, rarely looked like adding their name to that select group once Sterling poked home.

That the winger’s fourth strike in three games was the visitors’ only goal was a major surprise as they underlined the gulf in class between the top flight elite and the rest of the division.

They wouldn’t have been flattered by a five-goal interval advantage as they posted a 20th consecutive unbeaten league game against their hosts.

Sergio Aguero could easily have had a hat-trick, as the Argentina striker struck the post with a close-range volley from a Fernandinho pass.

Aguero also saw his goal-bound header from a Kevin De Bruyne free-kick brilliantly saved by Rob Elliot, although the busy Newcastle goalkeeper could do little to prevent City from almost inevitably claiming the deadlock-breaking goal.

Sterling swapped passes with De Bruyne, whose lofted pass perfectly met the England international’s run into the area to beat Elliot with a low shot which found the net off the foot of a post from a narrow angle.

Newcastle briefly threatened an equaliser when, after a slip by England full-back Kyle Walker, Nicolas Otamendi had to head Rolando Aarons’ chip off the line under pressure from Joselu.

– One way traffic –
It was a rare threat from the hosts, whose negative approach contributed to a fifth successive home defeat, the club’s worst run at St James’ Park for 64 years to leave them a point above the relegation zone.

The loss of injury-prone skipper Vincent Kompany early in the first-half to a recurrence of a long-term calf problem proved to be the only downside for Guardiola.

The Spaniard was able to breathe a sigh of relief when City’s Ilkay Gundogan escaped a serious injury when Newcastle winger Jacob Murphy somehow went unpunished for a reckless challenge on the midfielder.

The interval did little to stem City’s momentum.

It was again largely one-way traffic in the second-half as Aguero was again left frustrated when denied his side’s second goal by an assistant referee’s flag for offside after the forward dispatched the rebound when De Bruyne’s long-range effort came back off a post.

Newcastle skipper Jamaal Lascelles came perilously close to heading Aguero’s pass into his own net.But while the deficit remained at a single goal, theoretically at least the hosts retained hopes.

These were raised when Dwight Gayle went down in the area late on under challenge from Danilo, only for the substitute to rightly earn a caution for diving from referee Andre Marriner. Gayle’s diving header as stoppage time approached flashed just wide, but anything other than a City victory would have been hugely unjust.