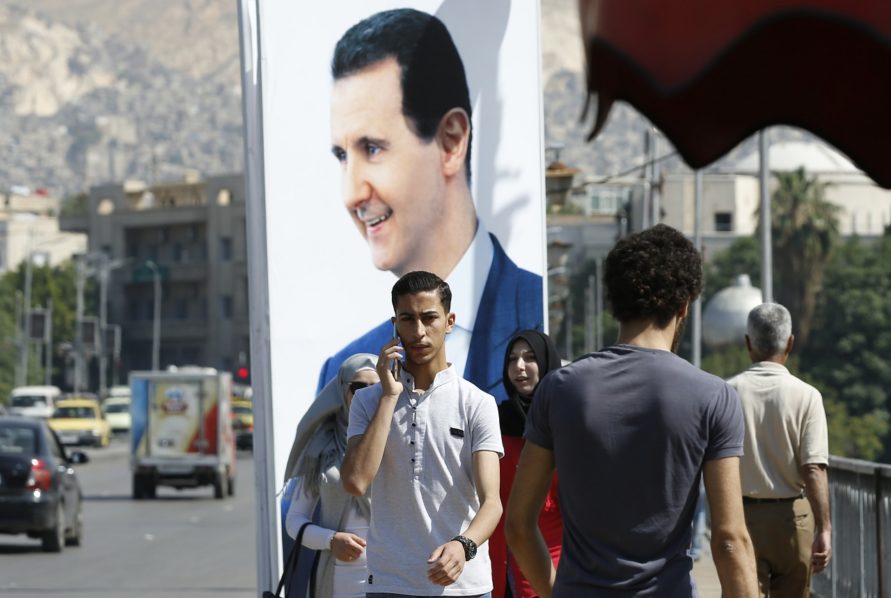 “The only problem left in Syria is the SDF,” Assad told Russia Today in an interview aired Thursday, referring to the Kurdish-led Syrian Democratic Forces which has spearheaded battles against Islamic State group jihadists.

“We’re going to deal with it by two options,” he said.

“The first one: we started now opening doors for negotiations. Because the majority of them are Syrians, supposedly they like their country, they don’t like to be puppets to any foreigners,” Assad said in English.

“We have one option, to live with each other as Syrians. If not, we’re going to resort… to liberating those areas by force.”

The Kurds in oil-rich northeastern Syria have long pushed for increased autonomy in their heartland but Damascus has insisted it intends to reassert its authority over the entire country.

The SDF, dominated by the militia of a self-proclaimed Kurdish autonomous administration, have air support from the US-led coalition against IS and operate on the ground with US and French special forces.

“It’s our land, it’s our right and it’s our duty to liberate it,” Assad said. “The Americans should leave. Somehow they’re going to leave.”

Both the SDF and Russian-backed Syrian government troops are engaged in separate operations against IS jihadists in eastern Syria, creating a highly volatile situation where de-confliction mechanisms have already been tested several times.

Assad also said that a confrontation between Russia and US forces over Syria was narrowly avoided.

“We were close to have direct conflict between the Russian forces and the American forces,” he said.

A US-led wave of Western missile strikes on Syrian government targets across the country last month raised fears of a Russian response and full-blown internationalisation of the seven-year-old conflict.

‘No Iranians’
More strikes by US ally Israel have further raised fears that the devastating war, which has left more than 350,000 people dead, could yet escalate.

Israel has claimed that it targeted military infrastructure run by its archfoe Iran, which has been Damascus’ other key ally in the conflict.

Assad denied that Tehran had any active troops in Syria and claimed the only Iranians on the Syrian battleground were military advisers.

“The most important fact regarding this issue, is that we don’t have Iranian troops,” he told RT.

“We could not hide it, and we would not be ashamed to say that we have. We invited the Russians, we could have invited the Iranians,” he said.

“We have Iranian officers, who work with the Syrian army as a help but they don’t have troops.”

Israeli officials “said that they attacked Iranian bases and camps,” he said. “Actually we had tens of Syrians, martyred and wounded soldiers, not a single Iranian.”

The Syrian Observatory for Human Rights, a Britain-based monitoring group with a vast network of sources on the ground, has said several Iranians were among those killed in Israeli strikes earlier this month.

Assad, who has reconquered large parts of the country since the start of a vast 2015 Russian military intervention in his favour, struck a conciliatory note and said he expected wide support in former rebel-held areas.

“You have to open the doors and you have to distinguish between different kinds of people,” he told RT.

“The majority of the people who were against the government… in the different liberated areas, actually in their hearts they are with the government,” Assad said.

“They could tell the difference between having a government and having chaos.”

Former U.S. President, Donald Trump has warned that under the Biden administration, the country’s dependence on foreign oil may increase and energy prices could rise.
Read more
World

Russia’s communications regulator accused Twitter on Monday of violating Russian law, saying the social media platform had not complied with some of its requests to delete banned content.
Read more
World

A Boeing 777 flight on Friday made an emergency landing in Moscow owing to engine problems, the operating Rossiya Airlines has said.
Read more