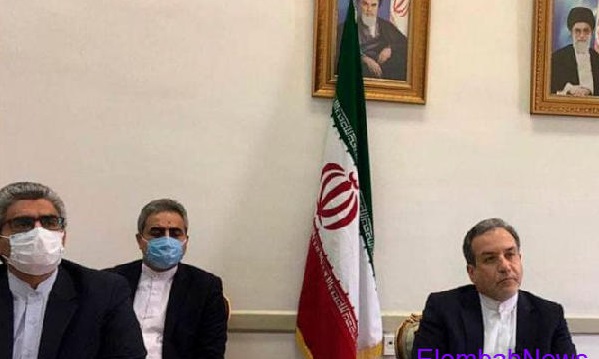 Top diplomats are meeting in Vienna on Tuesday to try to save the nuclear deal with Iran.

But this time, in what could mark an important milestone in the effort to restore the 2015 accord, U.S. negotiators would hold indirect talks with the Iranians.

Working groups would form among the participants, with European negotiators shuttling between the U.S. and Iranian sides, the State Department in Washington said.

“These are early days,’’ spokesperson Ned Price said on Monday.

“We don’t anticipate an early or immediate breakthrough, as these discussions we fully expect will be difficult.

“But we do believe that these discussions with our partners and, in turn, our partners with Iran is a healthy step forward,’’ he said.

The U.S. team would be led by the Special Envoy for Iran Rob Malley, who was named to the position by President Joe Biden in January.

Price said the U.S. does not anticipate any face-to-face talks with the Iranians in Vienna, although “we remain open to them.’’

The aim of the consultations was to pave way for the U.S. to return to the agreement and to motivate Iran to comply with it again.

Progress has been stymied by both sides demanding that the other take the first step to return to compliance with the accord.

The round of talks between the remaining partners Russia, China, France, Britain and Germany was the first dialogue with Iran since Biden took office in January.

Unlike his predecessor Donald Trump, Biden wants to revive the agreement.

The agreement was considered an important building block for arms control, as it was intended to prevent the Islamic Republic from building a nuclear weapon.

However, the promised economic cooperation with Iran in exchange for limiting its nuclear programme never materialised due to the unilateral withdrawal of the U.S. from the deal under Trump.

Tehran responded to sanctions from the U.S. by violating more and more conditions of the nuclear deal.

In the meantime, the country has considerably increased its uranium reserves, which are ultimately needed to build a bomb.