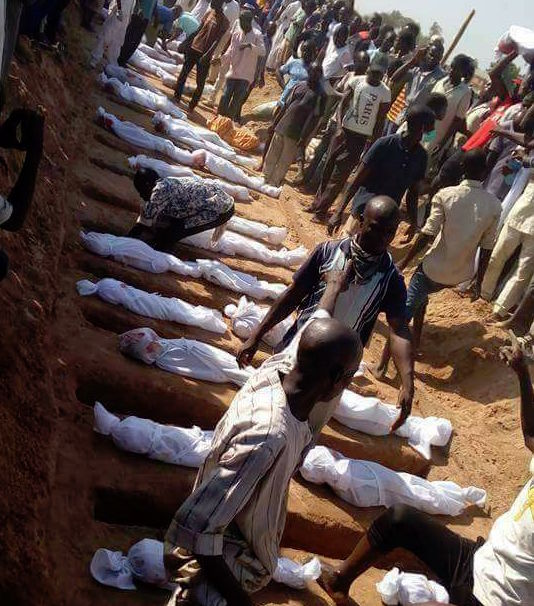 Ibrahim Abdulhttps://dailynigerian.com/
Jaafar Jaafar is a graduate of Mass Communication from Bayero University, Kano. He was a reporter at Daily Trust, an assistant editor at Premium Times and now the editor-in-chief of Daily Nigerian.
- Advertisement -

The Miyyetti Allah Cattle Breeders Association, MACBAN, has vowed to take a definite stand over the killings of their kinsmen in four villages of Lau local government area of Taraba State.

Suspected Bachama and Nyandang militias had on Friday crossed over to Taraba state and launched attacks in three Fulani communities in the state resulting to loss of lives.

Speaking to newsmen in Jalingo, after the burial of those killed, the Northeast Zonal Chairman of the association, Mafindi Danburam, said “if Federal Government fails to act fast,” just as they death toll in the killings rose to 24, they would take definite action.

“Unfortunately, neither the state nor Federal Government utter a word over this heinous attack.

“The ethnic armed militia came to the villages brandishing guns and said their cows were stolen and started shooting and setting houses ablaze,’’ he said.

Mr Danburam expressed deep worry over the killings, vowing that, “Miyetti Allah and other Fulani groups are convening a stakeholders meeting to take a definite stand on this act of wickedness against our members.

“We also unequivocally demand justice for our killed members, as justice remains the only way to peace.

“The entire Fulani herdsmen of this country are today paying the prize of coordinated campaign that had deliberately profiled them as perpetrators while they are the major victims,’’ he noted.

In his reaction, the state chairman of the group, Sahabi Tukur alleged complicity, adding: ‘’As I am talking to you now, over 25 people were killed.

“Most of them are aged women and children including a one year old boy who was stabbed with arrow,” he added.

“This latest attack was a co-ordinated agenda to systematically wipe out the Fulani through ethnic cleansing.

“For God sake, what justification do they have by attacking innocent people in Taraba? They had their crisis in Adamawa but imagine the cross-over and how they were assisted by Yandangs?

“Not only that, the state government 24 hours after the attacks are still keeping mute,’’ he fumed.

“It is with heavy heart that we totally condemn the killings of over 25 people including women and children in Katibu and other villages in Lau local government areas.

“We therefore condemn in totality this barbaric act of cruelty against humanity and demand a clear action by the states and Federal Government under the leadership of President Muhammad Buhari to protect lives.’’

Meanwhile, the Taraba state government is yet to condemn nor make any statement on the attack.

However, when contacted on the phone last night, Bala Dan Abu, Senior Special Assistant to the Governor of Taraba state on Media and Publicity, said he heard of it but couldn’t get details and promised to get back as soon as he gets nod from his ‘’boss.’’

In the meantime, police spokesman in Taraba, David Misal said no arrest was so far made, as ‘’ no one is arrested because we are still gathering information that could help in tracking down the fleeing attackers.

‘’We warn people not to take laws on to their hands,security are on top of the situation,’’ said he.

Mr Misal insisted that casualty figure remains at 4, with five injured while relatives and other sources counted 24 deaths.