Tillerson: My failure if US resorts to force on North Korea 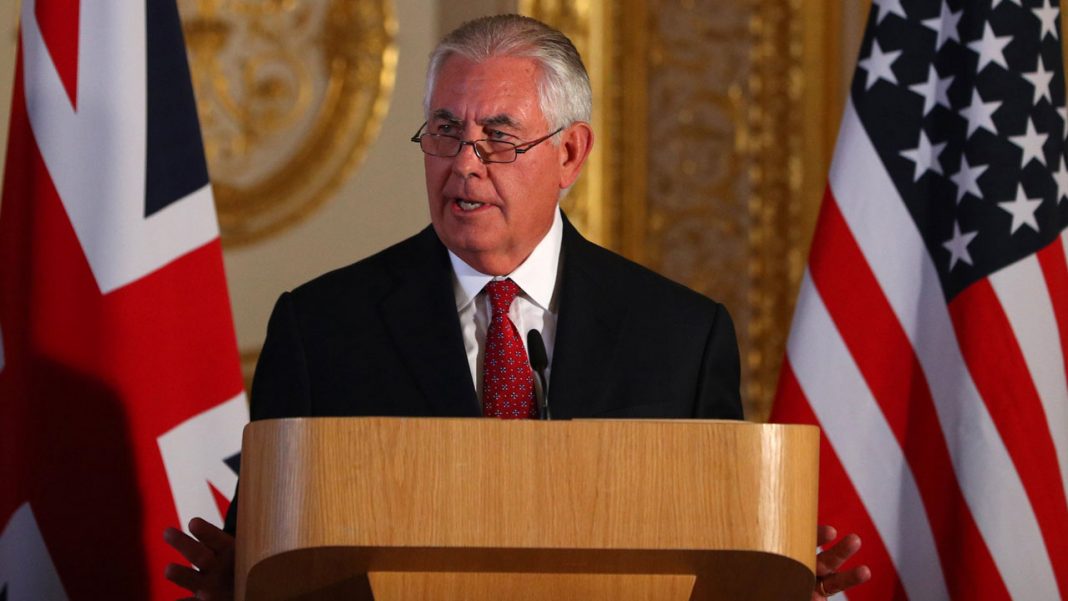 Secretary of State Rex Tillerson expressed confidence Tuesday that Washington is doing all it can to force North Korea to negotiate its nuclear disarmament.

And he added that if diplomacy and sanctions fail and the US military is forced to take pre-emptive action, it will have been a personal failure.

“You know, we can only do our part in this, and the regime in Pyongyang is going to have to come to some decision about their future,” Tillerson said.

The United States has mobilized the world community to impose stringent economic and diplomatic sanctions on Kim Jong-un’s regime to halt its nuclear drive.

But Pyongyang has continued to test ever more powerful ballistic missiles and boasts it can now target the US mainland with its nuclear arsenal.

Washington has pledged to deliver a denuclearized Korean peninsula, but the strategy hinges on China maintaining pressure and Kim agreeing to talk.

“We want them to make the right choice, which is to stop and say: ‘Let’s sit down to talk about it’,” Tillerson said, in a year end speech to staff.

“Because if they keep going, they can cross a point at which there’s nothing left for us in the diplomatic community to do,” he warned.

“We’ve done everything we can do, as we don’t want to get to that point,” he said, stressing that he works closely with US Secretary of Defense Jim Mattis.

“And I’ve said to my partner Secretary Mattis many times: ‘If we get there, I’ve failed. And I don’t want to fail’,” he promised.