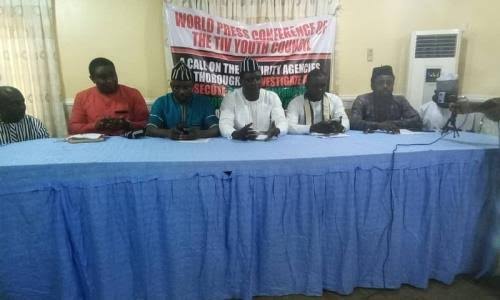 Ibrahim Shaba'an
Ibrahim Ramalan is a graduate of Mass Communications from the Ahmadu Bello University (ABU) Zaria. With nearly a decade-long, active journalism practice, Mr Ramalan has been able to rise from a cub reporter to the exalted position of an editor; first as Arts Editor with the Blueprint Newspapers before resigning in 2019; second and presently as an Associate Editor of the Daily Nigerian online newspaper. He can be reached via [email protected], or www.facebook.com/ibrahim.ramalana, or @McRamalan on Twitter.
- Advertisement -

The Tiv Youth Council, TYC, Worldwide has declared its support for the Nigerian Army after it commenced its routine military exercise, code named “Exercise Ayem Akpatuma” in Benue.

A statement issued on Sunday by Mike Msuaan, President of the council, noted that the military authorities were eager to secure the country in general and the middle belt in particular and as such would give it the needed support.

Mr Msuaan expressed optimism that the society would be totally rid of insecurity if the army gets the support it needed to succeed.

“This exercise and many others in the past have not only restored peace in the middle belt, but they have also reinforced confidence of the masses in the Nigerian Army’s ability to protect the citizens.

“Recall that in recent years, issues of communal clashes between communities as well as herders and farmers clashes had posed a great deal of danger to our collective peace as a people and as a nation.

“The timely intervention of the Nigerian army therefore at various times to quell violent uprisings is highly commendable and must be encouraged by every stakeholder whose patriotism is not in doubt.

“You will agree that since the Nigerian Army intervened, relative peace has returned to the villages, and several thousands of internally displaced persons have resettled into their ancestral homes and living normal lifestyles.

“This great feat would not have been possible without the intervention of the Nigerian army in her previous exercises,” Mr Msuaan stated.

He pleaded with the media and other stakeholders to support the army in its quest to win the war on terrorism to guarantee a better society.

“To our traditional rulers who are the true custodians of the people, we encourage you to support the peace efforts of the Nigerian army to return lasting peace to your various communities.

“We believe that as the true owners of the communities, you have access to local intelligence that is critical for peace processes. It will therefore be in the best interest of our communities if this intelligence is properly shared and utilised with the Nigerian Army.

“To our religious leaders, you are the true moral conscience and shapers of the society; we appeal to you to use your channels to support and enlighten the masses of the merits of this very important exercise.

“To the political class, we appeal that the Nigerian Army requires your support to provide a peaceful environment for you to govern, and the least expected of you is to show solidarity by way of peace advocacy and responsible leadership,” he added.