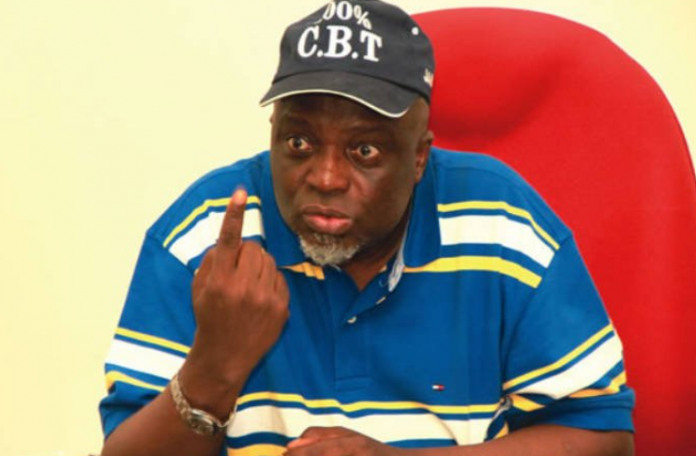 Mr Oloyede made the assertion in Ado-Ekiti, the Ekiti State capital, while delivering the 10th Annual lecture of the Forum of Heads of Federal Government Establishments In Nigeria, (Ekiti State chapter).

The topic of his lecture was “Value Reorientation For Effective Service Delivery : JAMB Perspectives”

Mr Oloyede said some of the digital based reform measures were tailored toward the sustenance of the board’s zero tolerance to impersonation, malpractices and other forms of illegality and irregularities.

According to him, such measures as the inclusion of the National Identify Number (NIN), the live monitoring of examination registration as well as the adoption of Central Processing System in admission placements were part of this reform process.

The JAMB boss said he started the board’s reform efforts within the board through the introduction of special welfare package and incentive for the workers.

According to him, such measure remained the best platform to make public servants shy away from corruption and other sharp practices.

He said that no worker would choose to remain indolent, disloyal and unproductive, if his working environment was appealing.

This, Mr Oloyede said, was already being practicalised in JAMB, where workers at the headquarters now enjoyed free meal, on daily basis, among several other mouth-watery incentives.

He also blamed various cases of fraudulent practices in schools, especially during external examinations, on too much emphasis on paper qualifications by authorities when engaging people for employment.

It is on record that the Professor of Arabic Jurisprudence, brought JAMB to national limelight, when the Board, which had hitherto been remitting to the Federal Government coffers, a cumulative sum of less than N50million in 39 years, suddenly remitted N7.8b in 2007 alone.

In addition the board had also between then and now, payed operating surplus of N20.7billion average to government.

Mr Oloyede was represented at the occasion by Mabel Agbebaku, the Director, Quality Assurance at JAMB Headquarters.

He said the innovations had not only shored up annual money generated by the board, but also eased out bad eggs from the agency.

“Any practice that aims at compromising the integrity of examinations pose a great danger to the collective hopes of the citizenry and the developmental aspirations of the nation.

“As the board is investing a large chunk of its resources in the fight against examination infractions, government and other stakeholders alike must also show increased commitment to this fight.

“This is because of the threats posed not only to the educational system, but also to national development.

“Some of the reasons for the widespread report of academic cheating might not be unconnected with the undue emphasis placed on paper qualifications and the desperation for professional courses such as Medicine, Law, Accountancy etc,”he said.

Mr Oloyede said the board’s constant efforts to deploy international best practices, Computer Based Testing, CBT, was employed as the mode of examination delivery in the conduct of its exams in recent past.

He said that this innovation had helped to reduce malpractices and irregularities to the barest.

Mr Oloyede accused some operators of private CBT Centres of complicity in encouraging malpractices during UTME Exams, warning them to desist henceforth or be ready to face the consequences.

The JAMB boss said that many of the CBT Centres are in the habit of collaborating with both parents and schools to earn underserving grades.

“Some of them even go as far as allowing the use of one person’s biometrics to register multiple candidates and also use different person’s photograph to register a candidate.”

The Special Guest of Honour on the occasion, Governor Kayode Fayemi, who was represented by the Head of Service, Peju Babafemi, commended the forum for coming up with the idea of organising the annual lecture, and promised government’s continued support.

He described the topic of the lecture as apt, saying “the continuing debate on the pervading moral decadence in the society has resonated, in no small measure, the concept of Value Reorientation in public domain.

“Therefore, the significance and aptness of your lecture, titled: Value Reorientation for Effective Service Delivery: JAMB Perspective” cannot be overemphasised

“JAMB has indeed demonstrated this ideals of value re-orientation, as evident in its various reformations as well as giant stride in terms of increased remittances to the coffees of the Federal Government”.

Earlier in his welcome address, James Famurewa, the Chairman of Ekiti chapter of the Forum, explained that the annual lecture, was conceptualised as a veritable and strategic platform to educate and enhance the capacity federal civil servants in the state.

Also speaking, Chairman of the occasion, Janet Olufunmilayo Adesubokan, remarked that members of the Forum in Ekiti had all been fulfilling the dreams and aspirations of the Federal Government at the State level, to the admiration of the host public.

“It is certain and evident that through this type of annual lecture, the body has been able to live to expectations, especially in the area of educating and creating the needed awareness on activities of the Federal Government”.