Jaafar Jaafarhttps://dailynigerian.com/
A graduate of Mass Communication from Bayero University, Kano. He was a reporter at Daily Trust, an assistant editor at Premium Times and now the editor-in-chief o Daily Nigerian

1 of 10
(FILES) This file photo taken on January 05, 2006 shows US post modern dance choregrapher Trisha Brown at a press conference, in Paris. The Choregrapher died on March 18, 2017 it was announced on the Twitter account of her Dance company on March 20, 2017. JACQUES DEMARTHON / AFP 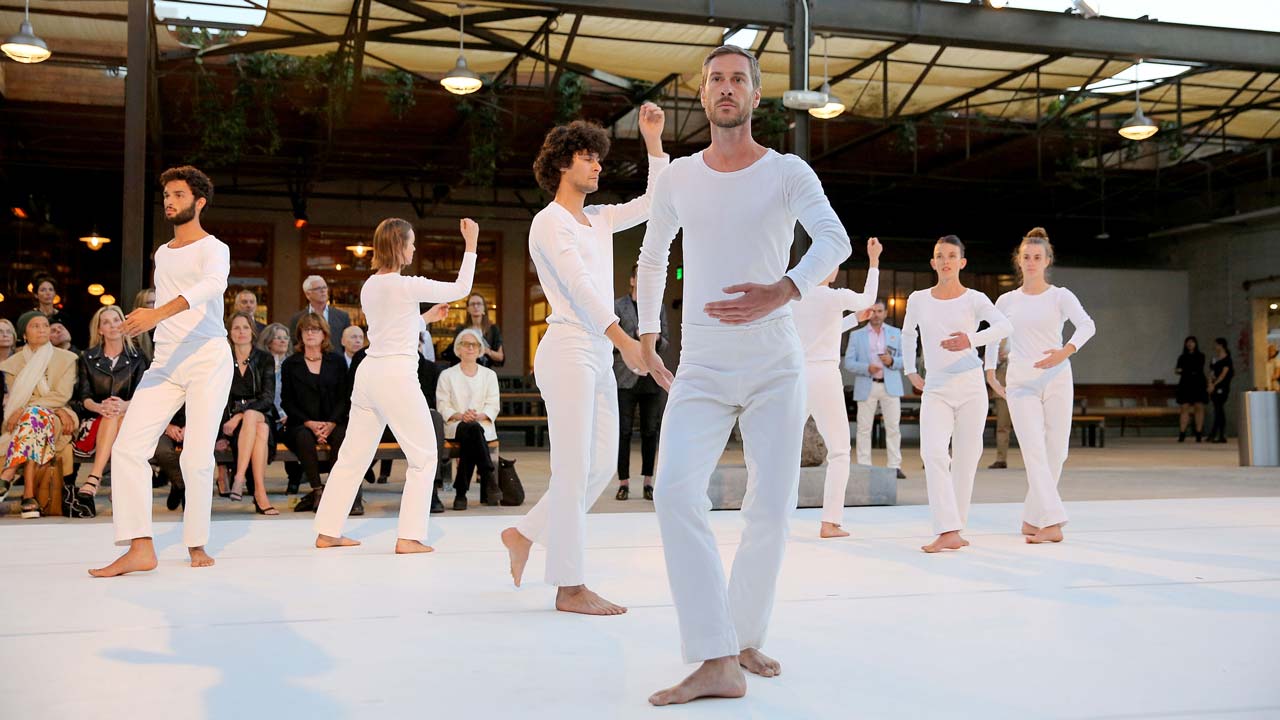 American choreographer Trisha Brown, a pioneer of postmodern dance whose gravity-defying work shaped generations of creators, has died at the age of 80, her company said on Monday.

“It is with great sorrow that we share the news that artist Trisha Brown died on March 18th in San Antonio, Texas, after a lengthy illness,” the dance company said in a statement.

Brown withdrew from the stage five years ago after decades as a leading light of international dance, working mostly out of New York but also choreographing for the Paris Opera Ballet.

The Trisha Brown Dance Company paid tribute to “one of the most acclaimed and influential choreographers and dancers of her time” whose “groundbreaking work forever changed the landscape of art.”

Brown, whose influences ranged from avant-garde music to molecular biology, shattered norms of dance starting in the 1960s.

From the beginnings of ballet, aspiring dancers were taught to be rigid models of beauty and expression — perching their backs up and holding their buttocks in.

Brown’s dancers instead mastered motion, using harnesses and ropes as they challenged the concept of gravity and blurred the line between dance and visual art.

In the deceptively simple “Man Walking Down the Side of a Building,” a dancer goes out as if on a stroll but descends at a 90-degree angle from the rooftop.

In 1971’s “Roof Piece,” 10 dancers appeared atop nearby buildings of New York’s then gritty Soho neighborhood, improvising moves to which the next performer would respond.

She also incorporated objects from everyday life, such as spending hours on stage pushing a broom.

– Radical from the mundane –
“I make radical changes in a mundane way,” she explained in a widely cited essay in the 1970s on the meaning of “pure movement.”

“I also use quirky, personal gestures; things that have specific meaning to me, but probably appear abstract to others,” she wrote.

Brown, in an interview with artists’ magazine Bomb, said she believed in the value of improvisation and would incorporate apparent mistakes by dancers if they proved effective.

“I will do anything to get a good dance, invent new methods, employ trickery, endure experimentation — basically, I create new phrases on them or me or somewhere in between,” she said.

Brown was heavily influenced by John Cage, one of the 20th-century giants of US experimental music, who had challenged the concept of neat compositions and believed in introducing an element of chance into works, making them more like nature.

Brown collaborated with artists including the composer Laurie Anderson and painter Robert Rauschenburg in an effort to create pieces that defied categorization as dance, visual art or music.

But Brown for years also choreographed works that lacked music entirely — as well as other traditional elements such as plot and a clear setting.

Some of her most distinctive pieces are her “unstable molecular structure” works, in which she likened the motion of dancers to that of molecules under a microscope.

– Dancing past 70 –
Born in Aberdeen, Washington, Brown graduated in 1958 from the Mills College in California, and arrived in New York three years later in search of new directions.

She became a founding member of the Judson Dance Theater, an influential collective of avant-garde performers that emerged in 1960s New York, setting up her own company in 1970 and going on to create more than 100 dance works and six operas.

Brown danced herself past age 70, in 2007 performing in “I love my robots,” a collaboration with Anderson and Japanese artist Kenjiro Okazaki in which humans and robots interacted on stage.

Brown announced the following year they would be her last works, and amid failing health stepped down as head of her dance company the year after that.

Her husband, the artist Burt Barr, died in November. Brown is survived by a son, four grandchildren, a brother and a sister.