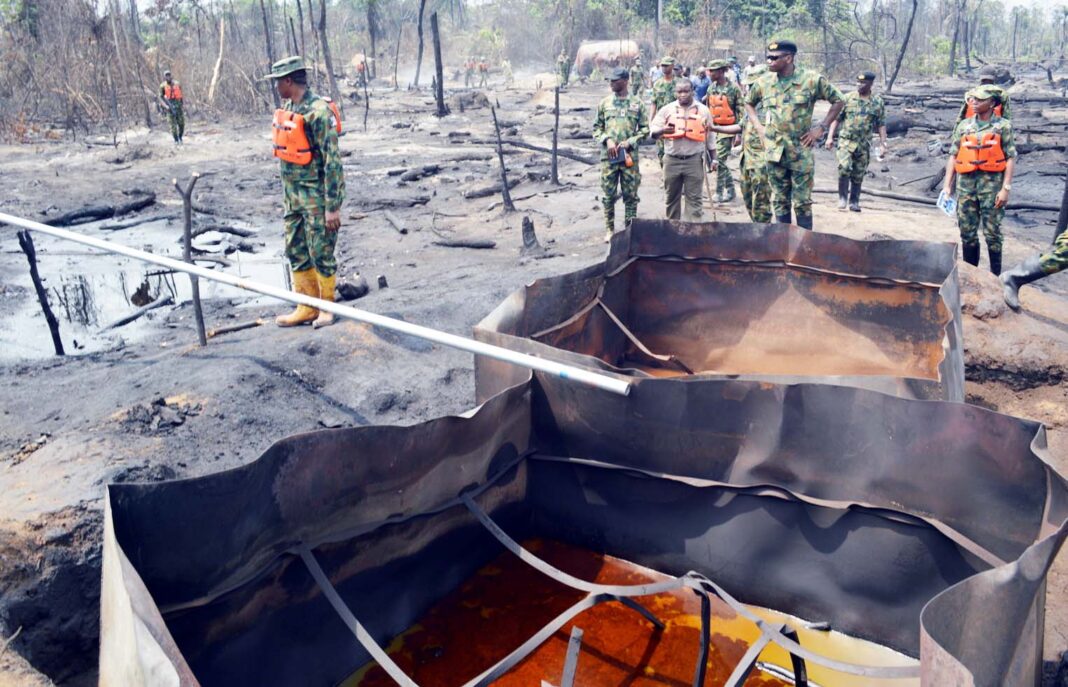 The Acting Director, Defence Media Operations, Brig.-Gen. Bernard Onyeuko, disclosed this while giving updates of military operations between Nov. 11 and Nov. 25, in Abuja on Thursday.

Mr Onyeuko said a total of 795,500 litres of illegally refined AGO; 60,000 litres of DPK and 6.39 million litres of stolen crude were recovered in different operations across the South South zone.

According to him, 26 criminal elements associated with pipeline vandalism, piracy, illegal oil bunkering and armed robbery were arrested within the period.

“Also, troops recovered a total of 27 assorted arms and 586 rounds of assorted ammunition in the course of the operations.

In South East, Onyeuko said the troops had continued to checkmate the activities of the proscribed Indigenous People of Biafra/Eastern Security Network, IPOB/ESN, elements.

He said that troops arrested one of the IPOB secretaries, Obinna Nwite and recovered four pistols, three long barrel guns, 18 rounds of assorted ammunitions and minutes of meeting book, containing some names of IPOB members.

According to him, the arrested IPOB/ESN militia and all recovered items have been handed over to appropriate prosecuting agencies for further action.