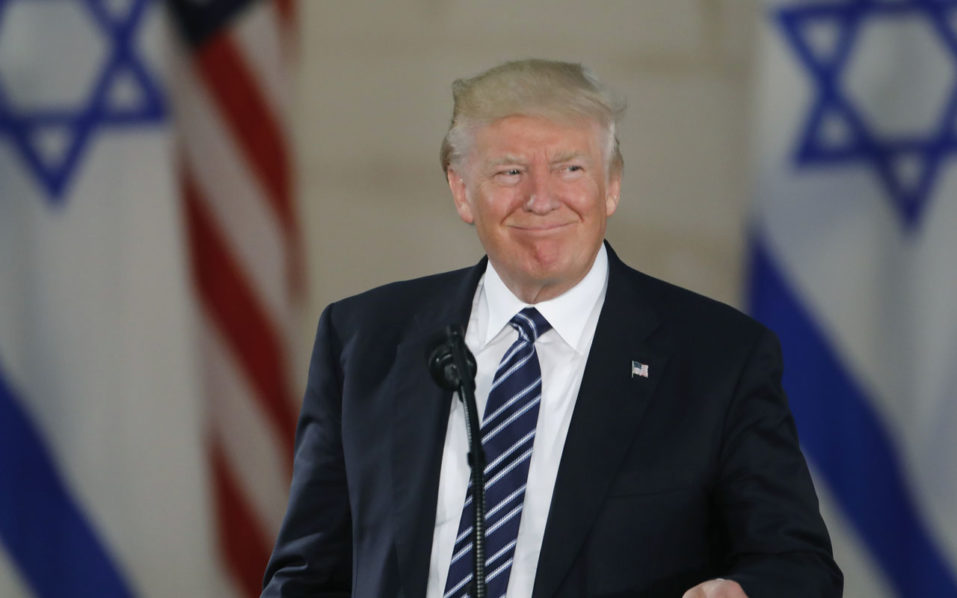 US President Donald Trump speaking during a visit to the Israel Museum in Jerusalem Trump will recognize Jerusalem as Israel’s capital on December 6, 2017, upending decades of careful US policy and ignoring dire warnings from allies across the Middle East and the world. A senior administration official said Trump would make the landmark and keenly watched announcement at 1 pm (1800 GMT) from the White House. / AFP PHOTO / Menahem KAHANA

Donald Trump’s scheduled medical exam this week won’t include a psychiatric evaluation, the White House said Monday as questions mount over the US president’s mental fitness.

Responding to queries on the subject, spokesman Hogan Gidley said simply: “No.”

“He’s sharp as a tack,” Gidley told reporters on board Air Force One.

Trump, 71, will be examined at the Walter Reed military hospital in a Washington suburb Friday and the results are set to be made public.

During the 2016 presidential campaign, Trump published a letter by his long term doctor Harold Bornstein that stated he was in “excellent physical health.”

Bornstein had previously written about Trump’s health in glowing terms, stating in 2015 he would be “the healthiest individual ever elected to the presidency.”

Angered by the publication of a bombshell book that raised doubts over his mental faculties, Trump took to Twitter this weekend to describe himself as “a very stable genius” and “like, really smart.”