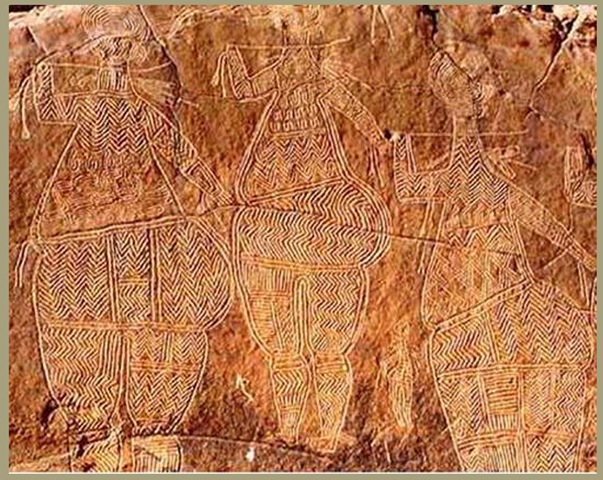 A member of the visiting Tara Trust for African Rock Art, Terry Little, told journalists on Tuesday at National Museum, Onikan, Lagos, that the team would be dealing with the preservation and conservation of the Nigeria Rock arts.

He said the project which was funded by the United States Ambassadors Funds for Cultural Preservation would go round showcasing images of the rock arts from the northern and the southern parts of the country.

According to him, 30 sites have been discovered in Jigawa, Bauchi and Cross River states and 300 monoliths would be exhibited after the research must have been completed.

The News Agency of Nigeria, NAN, reports that rock art is a form of landscape art which includes designs that have been placed on boulder cliff faces, cave walls, ceilings and on the ground surface.

The Executive Chairman, Tara Trust for African Rock Art, David Coulson, said that rock arts dated back to over 700 years across the globe, keeping history about people’s culture and heritage.

He said the project would also educate Nigerians on the importance of preserving and conserving the rock art.

Mr Coulson said that the project had commenced on various rock arts in Cross Rivers, adding that he findings of the team would be documented and replicated for people to see and learn from.

“Before various religions came to be, people believed in spirits and were connected to nature, inscribing on rocks, walls, these rock arts were used to keep history.

“Rock art is a cultural phenomenal and an artistic expression developed hundreds of years ago,” he said.

Also, Dr Abu Edet from University of Calabar, explained the historical relevance of the study of Archaeology with emphasis on rock art.

He said the team would be looking at rock art in Nigeria and see how it could make the nation understand its history better as they bring out cultural evidences of people’s movements and settlements.

According to him, the rock art would be studied, dated, analysed and interpreted to allow Nigerians tell more about their history.

He said this would also enable Nigerians inform the younger generation in schools about the unity of the country as the nation needed to focus more on the study of archaeology.

“Nigeria need to look at archaeology as an important discipline that could develop the unity of the country and the true story of the nation still lies in our cultural evidences in archaeology.

“This team will be able to put down information that would enable us ascertain some facts about our history as a people,” he said.

Dr Abubakar Sani of the Department of Archeology, Ahmadu Bello University, Zaria, said that the outcome of the project would be published in booklets, illustrations and colourful materials to educate people more about the rock art.

“Due to security issues of moving with materials, we will use pictorial system of taking pictures, we will be using the 3D gadgets to replicate the art forms into something that can be appreciated on paper and television screens.

“This will be syndicated across the country and at the end of the day, we would have established connections between people and communities and their past.

“We are going to start the exhibition of the researched rock arts a year after the research.

“The exhibition will commence in Lagos then we move to Calabar, Jos, Bauchi, Dutse and end it in Ahmadu Bello University, Zaria.

“We believe through this network, we will be reaching out to a good number of Nigerians,” he said.