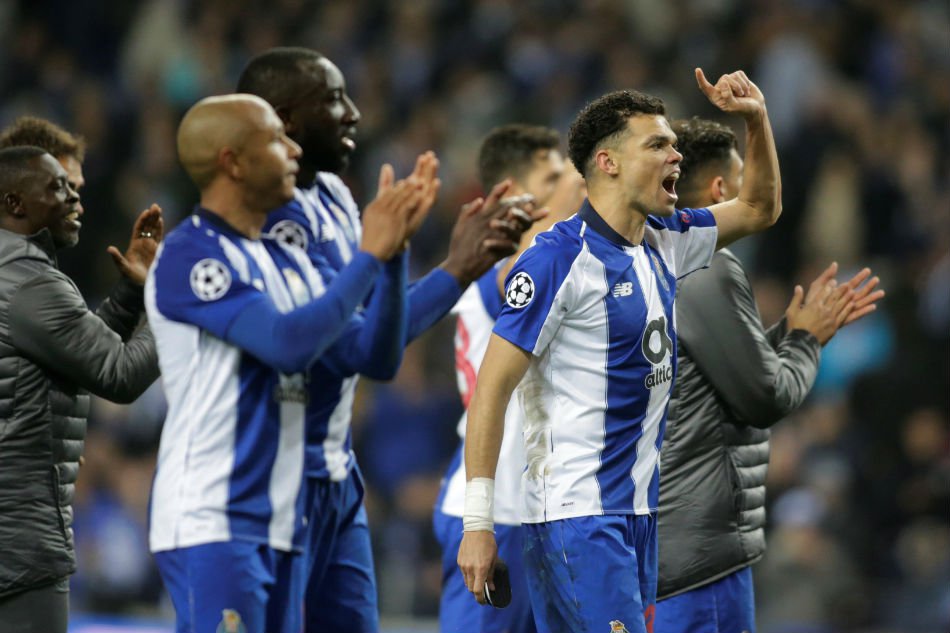 The win gave them a 4-3 aggregate victory to advance into the UEFA Champions League quarter-finals, after having lost 1-2 in the first leg.

Fernando went down as he tried to meet Maxi Pereira’s low shot across the face of the goal and, after studying the pitchside monitor, the referee judged in his favour.

He adjudged that his shirt had been tugged by Alessandro Florenzi.

Italian media had said before the match that he was fighting to keep his job.

Tiquinho Soares put Porto ahead in the 26th minute before Daniele De Rossi levelled with a penalty kick before half-time.

Moussa Marega put the Portuguese champions back in front in the 52nd minute, and both sides failed to find the range again thereafter until the extra time decision.