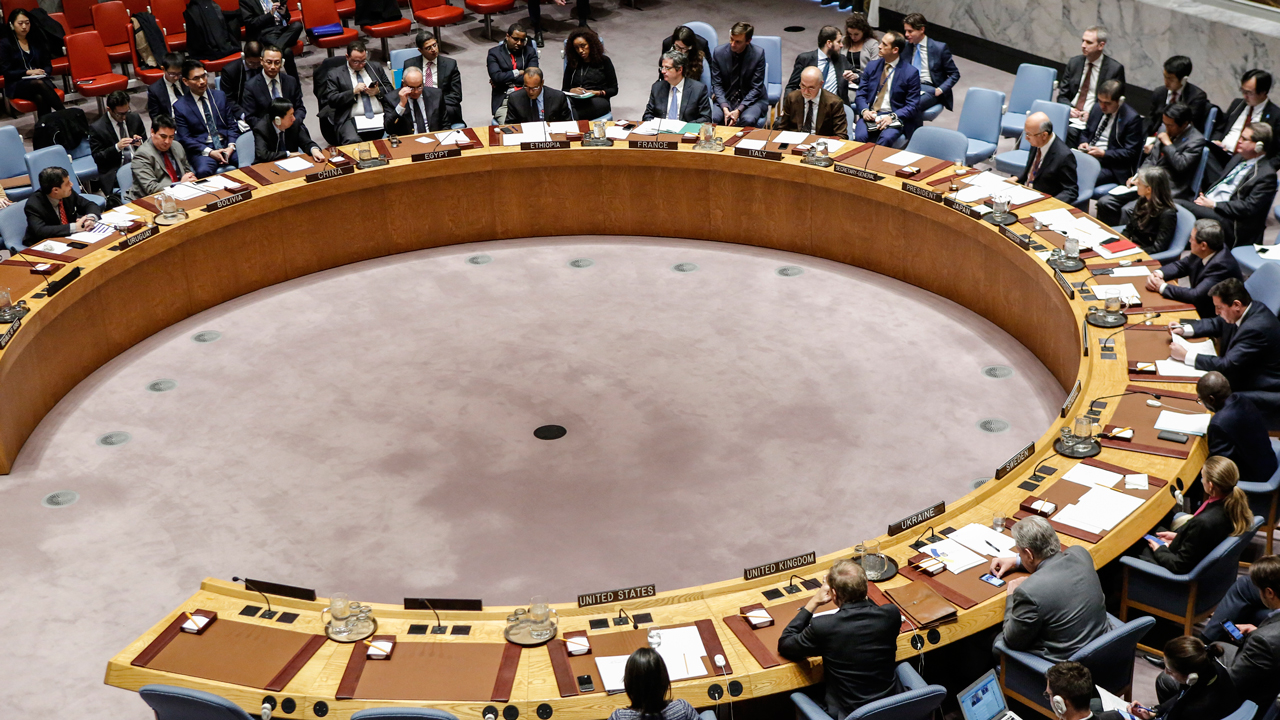 It is the third raft of sanctions imposed on North Korea this year and comes as the United States and North Korea are showing no signs they are willing to engage in talks to end the crisis on the Korean peninsula.

The resolution bans the supply of nearly 75 percent of refined oil products to North Korea, puts a cap on crude deliveries and orders the repatriation of all North Korean nationals working abroad by the end of 2019.

The measures are in response to North Korea’s test of an intercontinental ballistic missile (ICBM) on November 28 that marked an advance in Pyongyang’s drive to threaten the US mainland with a nuclear strike.

President Donald Trump has threatened to “totally destroy” North Korea if it attacks the United States while North Korea insists the world must now accept that it is a nuclear power.

Tens of thousands of North Koreans have been sent to Russia and China to earn revenue for Pyongyang, working in what UN rights officials have described as “slave-like conditions.”

Crude oil supplies were capped at four million barrels per year and a ceiling of 500,000 barrels of refined petroleum products, including diesel and kerosene, was set for next year.

That will reduce the flow of fuel from a previous ceiling set by the council of two million barrels a year.

To prevent North Korea from circumventing sanctions, all countries were authorized to seize, inspect, freeze and impound ships suspected of carrying illegal cargo to and from North Korea.

A total of 16 North Korean officials, most of whom work in banking, were added to the UN sanctions blacklist along with the North Korean ministry of the people’s armed forces, which manages logistics for the army.

They will be subjected to a global visa ban and assets freeze.

“Maximum firmness today is our best antidote to the risk of war,” he said.

More pressure
Since September last year, North Korea has carried out a nuclear test — its sixth — and a series of advanced missile launches which are banned under UN resolutions.

The United States has led the drive at the Security Council to tighten sanctions aimed at piling pressure on Kim’s regime to come to the negotiating table.

Ahead of the council meeting, UN Secretary-General Antonio Guterres said a unanimous vote would be important to send a clear message to Pyongyang that it must abandon its ambition to develop nuclear weapons.

Speaking in The Hague, Guterres said the “unity of the council is necessary to create an opportunity for diplomatic engagement for the de-nuclearization to be achieved through peaceful means.”

Last week, US Secretary of State Rex Tillerson told the council that the “pressure campaign must and will continue until denuclearization is achieved,” as he backtracked from his offer to hold unconditional talks with Pyongyang.

China, however, raised objections at those sanctions and the request to ban the 10 ships from ports worldwide will again be considered on December 28.