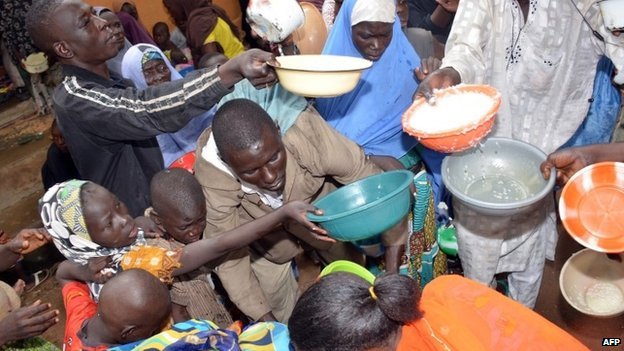 The United Nations, UN, has said violence, displacement and hunger will drive record humanitarian needs in 2018, with nearly 136 million people worldwide in need of aid.

The UN’s Office for the Coordination of Humanitarian Affairs, OCHA, said protracted conflicts in Syria, the Democratic Republic of Congo and Yemen, the Rohingya exodus from Myanmar and natural disasters exacerbated by climate change are among many crises.

OCHA, therefore, appealed for a record 22.5 billion dollars for humanitarian responses across the globe.

According to Mark Lowcock, Head of OCHA and Under-Secretary-General for Humanitarian Affairs and Emergency Relief Coordinator said the agency intends to reach 91 million extremely vulnerable people in 26 countries in 2018 through UN-coordinated humanitarian response plans.

He said there are 40 million people displaced within their own countries.

Also, the deputy director emergencies of International Rescue Committee, IRC, Bryce Perry, said in 2018, the committee will continue to focus on the CAR and other countries experiencing severe humanitarian crisis.

Perry said Yemen continues to be at the top of the list as humanitarians struggle to deliver aid in response to extreme food insecurity, disease outbreak and a collapsed economy.

He said the IRC, remained concerned about the persistent political instability, a highly vulnerable population and continued unrest in the Democratic Republic of Congo .

Perry said the Rohingya crisis has topped the humanitarian needs have quickly outstripped available aid resources and the crisis will remain a priority for the year to come.

According to Nigel Timmins, a humanitarian director, without a political settlement in sight, the conflict in Yemen looks set to continue.

He said in Northern Nigeria, no fewer than eight million people are dependent on life saving aid as the conflict in northern Nigeria reaches its eighth year, with no sign of abating. Unable to grow or buy food, millions are going hungry.

He said close to 1.7 million people have fled their homes, and with the security situation remaining fragile, many more will continue to do so.

In Syria, he said,the devastation and suffering delivered by six years of war in Syria is staggering and relentless.

He said that three quarters of Syrians have been affected, 13.5 million people are in need of assistance and five million have fled the country.

Also according to the UN World Food Programme, WFP, Executive Director, David Beasley, the organisation would put more focus on school meals programmes, on connecting people with projects that benefit their communities.

Beasley said millions of lives depended on the WFP to get help to them quickly and it must be done efficiently to save money.