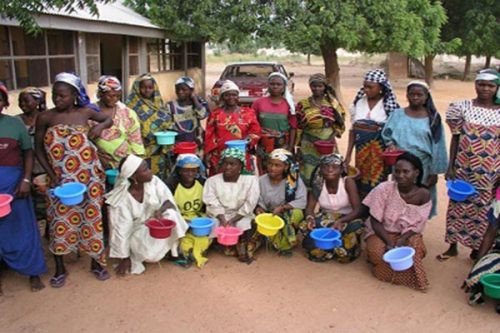 No fewer than 20 women in Kaffin Gwari, a community in Igabi Local Government Area of Kaduna State suffering from Vesico Virginal Fistula, VVF, on Monday, appealed for government assistance.

The women, in separate interviews attributed the high VVF prevalence in the community to absence of state- of the art health care facility for antenatal services in the locality.

VVF is a condition that allows continuous involuntary discharge of urine.

The Mai Unguwa (head) of the community, Danjuma Ali, said the absence of quality health facility in the community, with a population of more than 150 people, subjected the women to unimaginable pains during childbirth usually with prolonged labour.

According to Ali, the nearest health care centre is in Kawo, about 10 killometres away from the community.

He added that women were transported by motorcycle to Rigachikun before they could get vehicle to Kawo because of the bad roads.

“As a result, our women record incessant miscarriages while attempting to visit healthcare centres.

“Not only that, we equally loss children under five years due to absence of healthcare services,” he said.

He lamented that the 100-year old predominantly Gbagyi community, still lacked basic healthcare facilities that would ensure quality life and the survival of their children.

Mr Ali said “There is no any form of development taking place in our community; but we hope that with your visit, we will get response from the government.”

One of the women suffering from VVF, 35-year old Jummai Joseph, said she got the condition following long labour to have her fifth child.

She said “I had complications due to prolong labour and was taken to Kawo hospital for delivery.

“I lost the baby which had to be removed via Caesarian Section; but my greatest shock was when the doctor told me I have VVF.

“My life has never been the same ever since. I spent a lot of money to get treated.”

She called on husbands to be patient with their wives in such condition and urged them to be loving and caring; noting that child bearing was responsible for many VVF cases.

She appealed to government to assist the community with state-of- the art healthcare facility to save women and children in the locality.

She added that the absence of health facility in the community made her to patronise old women with little experience, noting that the women had no knowledge of how to tackle complications during childbirth.

A resident of the community, Esther Marcus, a mother of one, also said the lack of health facility in the area was endangering lives of women and children and called on the state government to do something about it.

“We do not have anything in this community, not even a patent store to buy medicine. We have to go to Kawo for everything. One can only imagine what we go through during medical emergency.

“We do not even have traditional birth attendants. We have to fall back on old women with a bit of experience about child birth whenever our women want to deliver and we have lost quite a number of children in the process,” Mrs Marcus said.