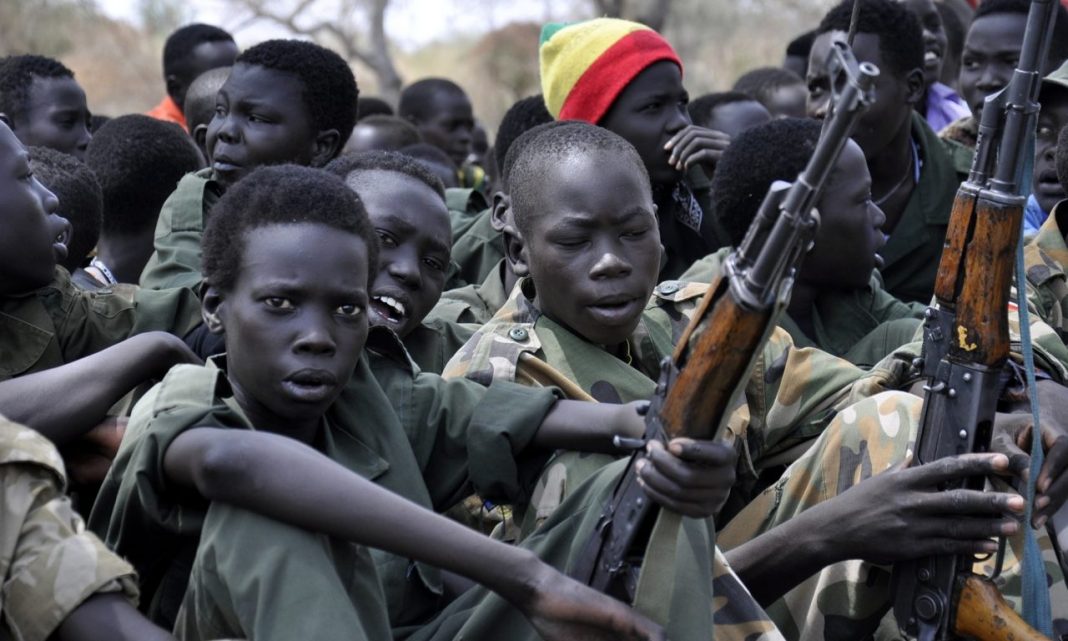 International war crimes judges awarded $10 million in landmark reparations to “hundreds or thousands” of former child soldiers conscripted into a Congolese militia and left brutalised by the horrific experience.

Warlord Thomas Lubanga, 56, was jailed for 14 years after being convicted in 2012 at the International Criminal Court (ICC) of abducting boys and girls and press-ganging them into his Union of Congolese Patriots (UPC) in the eastern Ituri region of the Democratic Republic of Congo.

The judges said Lubanga was also liable for compensation due to 425 victims, identified by the court, and who at the time of the crimes in 2002-2003 were all under 15.

But they stressed that “hundreds or even thousands of additional victims” suffered at the hands of Lubanga’s militia.

Each of the 425 named victims had suffered harm amounting to $8,000 each, for a total of $3.4 million, presiding judge Marc Perrin de Brichambaut said.

The judges then awarded a further $6.6 million to help others who may now come forward.

The award is collective, and will be used in projects to help the victims.

Lost childhoods
The question of how to calculate the value of a lost childhood, which descended into a fog of violence, bloodshed and chaos, had bedevilled the courts.

With the passage of time, many of the victims are now in their 30s and have children of their own.

“How do you calculate a lost youth? What it is worth? A million, half a million, five thousand euros, a thousand euros?” lawyer Luc Walleyn asked the tribunal in The Hague during hearings in 2016.

Many of the girls forced into the militia’s ranks became sex slaves and returned home with babies.

Friday’s award, equivalent to 8.5 million euros, will be administered by the independent Trust Fund for Victims, which has already set aside a million euros in the Lubanga case.

It has put forward a three-year plan for projects to help the victims, including medical and psychological treatment, schooling and vocational training.

But it will have to lean heavily on member states of the ICC to help fund Friday’s award, director Pieter de Baan told AFP. Lubanga has been deemed to be penniless.

Terror, loneliness
The nongovernmental organisation Child Soldiers International, which works to stop children being used in conflicts, said girls they had interviewed in DR Congo recounted “indescribable hardships, loneliness and terror — including daily threats of death”.

Being able to finish their schooling was “the most ardent wish of the girls, and the most powerful factor in promoting their social acceptance,” the group said in a court submission.

“The main issue for these girls were the stigmatisation and rejection when they came back home,” Sandra Olsson, project manager for Child Soldiers International, told AFP.

“The first thing wasn’t the fact that they needed to learn how to sew, to earn a living. The main thing was that neighbours, family, old friends would not talk to them.”

She argued that a public apology by Lubanga, who has never admitted any responsibility, would go a long way towards their reintegration.

Lubanga, who is serving his sentence in the DR Congo, can appeal the decision. And his lawyer, Jean-Marie Biju-Duval, had argued in hearings in October 2016 that his client should not pay anything.

Any payouts risked reviving tensions in Ituri, which has been “overwhelmed by the phenomenon of child soldiers”, Biju-Duval said.

Lubanga risked becoming “a scapegoat” for all child soldiers, he said.

Lubanga’s is the third reparations case to be decided at the ICC. In March, judges awarded $250 each to 297 victims of another Congolese warlord, Germain Katanga.

And in August, the court ruled that a Malian jihadist had caused 2.7 million euros in damage when he destroyed several shrines in Timbuktu in 2012.